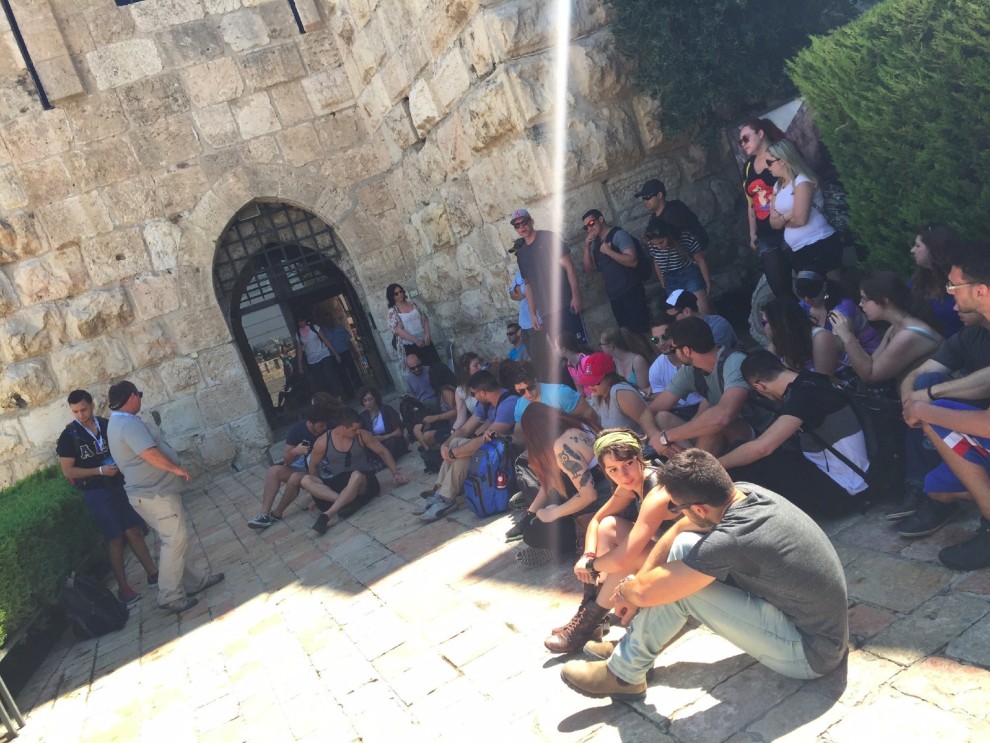 My grandfather Israel, in blessed memory, was the only survivor of his family in Poland
during the holocaust. His neighborhood was herded in a train which lead to a concentration
camp, where he must have made the toughest decision in his life - to escape by jumping off the
train. He left his entire family, his mother and father, his brothers and little sister — whom I am
honored to be named after. Her name was Malka.

While I walked through Vad Hashem I stopped to read and learn about the personal
accounts of Jewish people and their families before their lives were taken from them. I stared
into the eyes of a baby girl’s photograph, who’s pink bow was the only thing left after the Nazi’s
destroyed her home. The pink bow sat safely inside a glass case in front of her photo. My heart
sunk into my chest and I cried for the countless children just like her.

The museum serves to not only document history, but most importantly to preserve the
beautiful memories, and the precious lives that were so tragically taken. I looked into the faces
of the countless photographs and reflected deeply into my heart. Everyday I see new faces in
passing, may it be at the store, school or work. The faces appear to be strangers. To someone
else, however, it is a familiar face. They might be someone’s daughter, someone’s son, teacher
or friend. They are all loved by someone, they laugh, cry and experience our universe just like
you and I. We all looked up at the sky the same way, with love in our souls and our dreams in
our minds.

I would not exist if it was not for my grandfather and being in the land of Israel fuels my
Neshama. I have never felt so proud of my heritage. My gift from Taglit is also Malka’s gift. I
connect to our holy land, which she, like all the Jewish souls that were lost deserved so greatly.
Outside the museum reads a memorial plaque: “Now and forever in memory of those
who rebelled in the camps and ghettoes, fought in the woods, in the underground and with the
allied forces, who braved their way to Eretz Israel, and those who died sanctifying the name of
God.”