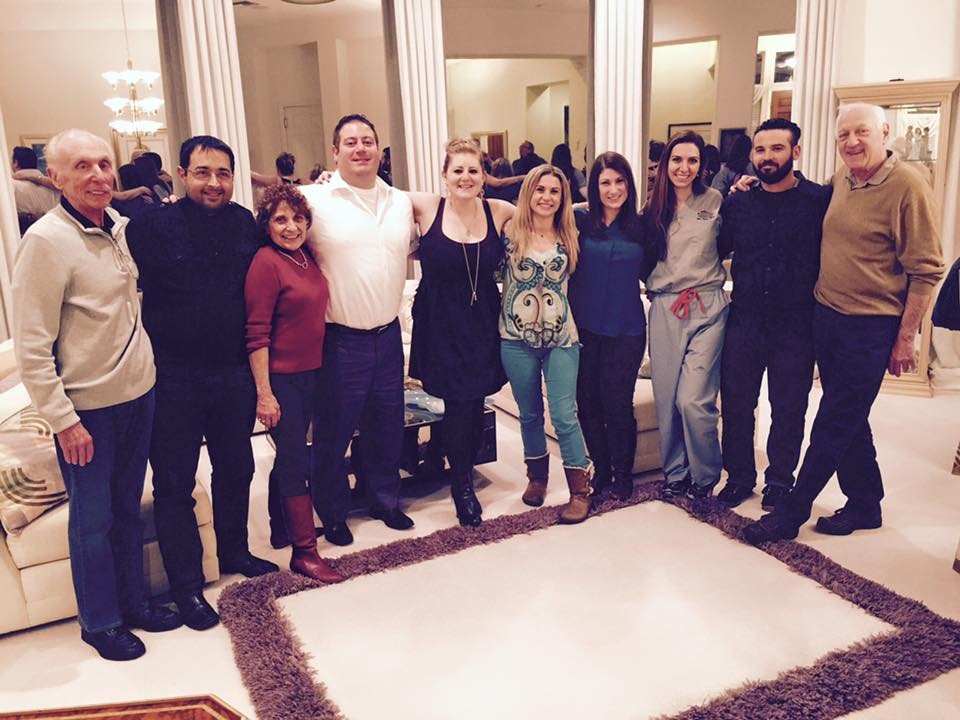 In October 2015, a delegation of 6 young adults from the Jewish Federation’s Israel partnership community in Ramat HaNegev came to Las Vegas and connected with members of the Jewish Federation’s Young Leadership program (JewEL), learned about Jewish Las Vegas, Judaism in America, and the diaspora.  The goals of the visit were to enhance the connections between both communities; to strengthen the younger generations’ Jewish identity and connection with Israel; to build joint social/educational program between the partnership communities; and to build personal relationships and acquaintances between both communities.

That delegation was a huge success, but not complete. In a few short weeks seven young Jewish professionals from Las Vegas will travel to Israel for a week long return delegation as part of the Bachman Ramat HaNegev Young Adult Initiative. Alan Bachman is a visionary, who through his generosity, is making the delegation possible. “Our community is blessed to have generous people such as Alan Bachman,” noted Marni Unger. “Through their generosity we are able to inspire and educate an entire generation of young Jewish professionals of the importance of Israel.”  Alan is committed to strengthening the relationship between the United States and Israel through connecting young Jewish adults in Ramat HaNegev and Las Vegas.

The return delegation consists of six members from Jewish Emerging Leaders (JewEL), the Young Leadership Division of the Federation, including Marissa Spivak, Amy Rose, Dr. Azin Azma, David Gould, Romeo Razi, and Robert Jacob-Wank. Marni Unger, the Director of Young Leadership at the Jewish Federation, will also be on the delegation. All of the participants have either never been to Israel, or have not been there in more than 10 years. “I am beyond excited to go on this delegation,” stated Robert Jacob-Wank. “Not only have I never been to Israel, but my family has a very rich history in Israel and I am looking forward to connecting on a deeper level with that part of my heritage.” Robert’s Grandfather was a member of Palmach, an elite underground fighting unit of the Jewish Community during the British Mandate of Palestine in 1941. “I am looking very forward to visiting the Palmach museum during my extension in Israel. I will be staying for an entire month to explore the amazing country for the first time.”

The eight-day delegation will spend the majority of the trip in Ramat HaNegev learning about the diverse and incredible culture, projects, and community in the South of Israel. Delegation highlights include visiting Ben-Gurion’s grave and learning about his vision for the Negev, meeting with political leaders including Major Riffman, visiting an air force base and meeting with soldiers, learning about the relationship with the Bedouins and having an authentic cultural experience with the Bedouins, and a very special Kabbalat Shabbat experience. The trip will conclude in Jerusalem where participants will visit Yad Vashem and the Kotel. “When we were creating the itinerary for the return delegation to Ramat HaNegev we wanted to put together something really unique and special,” noted Unger. “Most of the things we will be doing are very hands on and designed to inspire deep and meaningful conversations. We want participants to ‘get their hands dirty’ literally and figuratively.”

The delegation leaves on March 8th and returns on March 15th. “We are eternally grateful to the generosity of Alan Bachman,” noted Todd Polikoff, President and CEO of the Jewish Federation. “Thanks to his commitment and vision, we are building the future leaders of our Jewish Community here in Las Vegas and in Israel.”