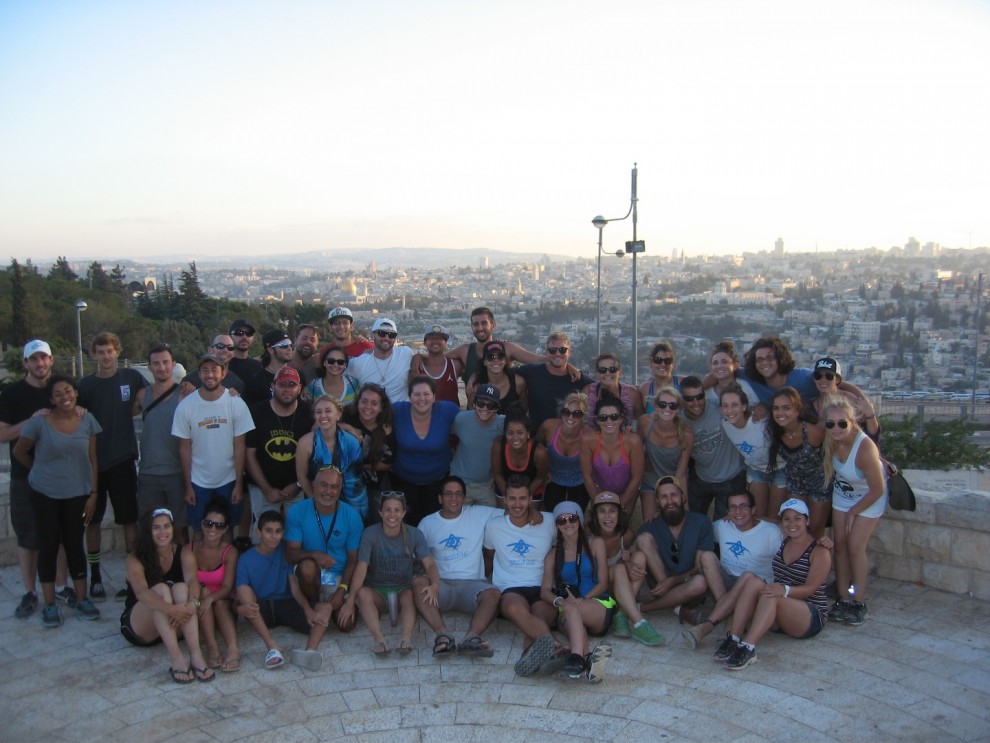 After an amazing night of delicious Beduin food, riding camels, star-gazing individually with the whole crew around us, and toasting s'mores around a bonfire at the Beduin Tents, we woke up finally to the soothing melody of "Here Comes the Sun", instead of the usual hotel room phones! After breakfast we loaded the bus and headed over to the bottom of the crater where the bus dropped us off. We were on our way to another of Shabat's breathtaking hikes through a tunnel, over rocks and up a steep mountain to reach the top of the crater. The view was so worth the hour and a half trek up the natural trail. Along the way, Shabat explained to us what flint stones were and after actually breaking off a piece of the rock he used it to cut a little end piece of Liv's hair and it only took one shot to chop it off. He also showed us a joint plant used to make antibacterial soap, without the artificial fragrance of course. On our way down from the crater, we passed special rocks that are found at the bottom of the mountain and are soft. Over time, these rocks appear as different colors (red, yellow and bronze) and Shabat was describing how these colors could be used as makeup so he asked for volunteers who wanted to paint their faces. In a couple of seconds a bunch of us were standing in front of him and received our Shabat-overs.

Then after lunch in the Negev Desert we headed over to the site of David and Paula Ben-Gurion's grave. What an incredible feeling to be standing above their remains. We got in the bus to head to Jerusalem where we'll be spending our last days in Israel together. On the way, we picked up Shabat's 12 year old son, Ben, who will be with us the rest of the trip. At the Jerusalem checkpoint, a soldier walked onto our bus, greeted our group, and all of us cheered. Soon after we got to Mount Scopus by the Hebrew University, we got into our circle of love and shared some "wine" watching over the whole city. Just to be able to share this moment with 45 people is indescribable. We are all in the same spot at a particular time having similar feelings about our lives.

We arrived at the hotel and went straight to dinner then had a program where four volunteers put on the four Israeli soldiers' uniforms. The point of this game was for the soldiers to tell the volunteers what was wrong with the way they had the uniforms on.

After a long fun-filled day, we hung out for an hour or so in the hotel lobby then went to bed so we could be ready for Day 8!