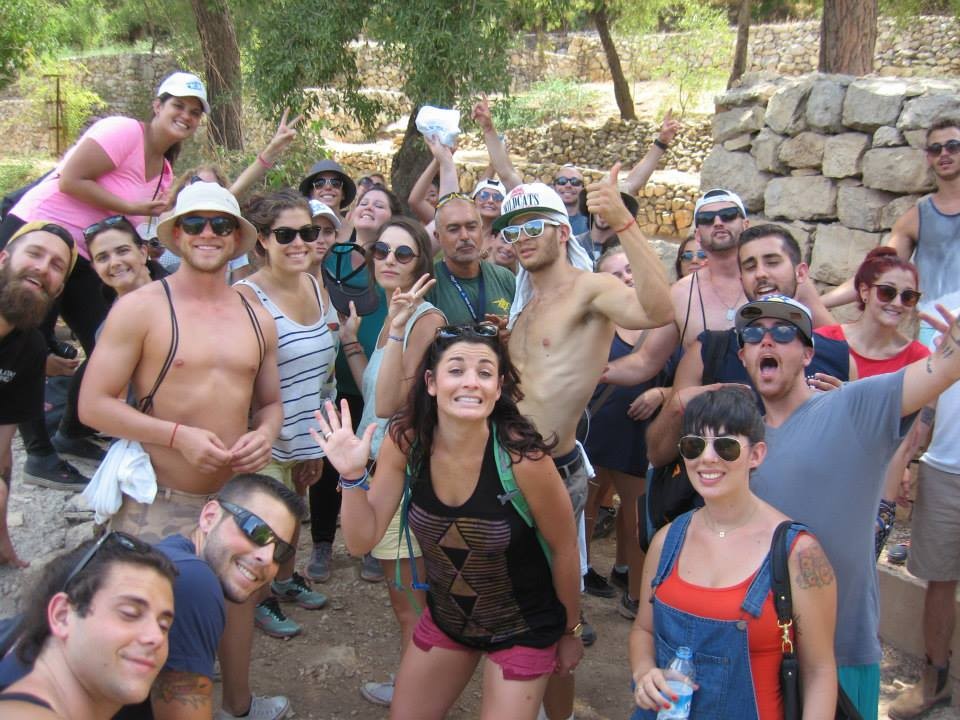 Waking up in Jerusalem is an amazing feeling. Yes - we've shared countless incredible experiences over the past week but culminating our trip with nearly four full days in the promised land is a truly special opportunity. As we gathered in the lobby to start our day, the excitement among our group was palpable.

We boarded the bus and headed to Mt. Herzl, the home of Israel's national cemetery. It was an emotional journey visiting the graves of Israeli Defense Force soldiers who'd fallen in the line of duty, especially with our Israeli mishpach dressed in uniform by our sides. The heartbreaking stories of young soldiers who'd gave their lives to protect Israel - and in turn, all of us as Jews - overwhelmed us with sadness but also with pride. The IDF and Judaism put such an importance on the value of each and every life. On a personal level, this recurring theme of value for humanity has significantly strengthened my identity as a Jew.

After the military cemetery we paid our respects to Israeli leaders such as Yitsak Rabin, who was tragically assassinated and Golda Meir, one of the most important women in Israel's history. Although cemetery visits are generally somber, the predominant emotion shared in our wrap-up session was gratitude - for the leaders and soldiers who established and protect Israel as the home to the Jewish people - and strength in our relationship with Israel.

Before leaving Mt. Herzl, Shabat had us form a circle and explained that in Judaism and in Israel, happiness and sadness go hand in hand. Rather than separating the two, we take the sharp contrast as representative of the strength of the Jewish people. So, we embraced one another for our celebratory chant, "Achim! Simcha!" - meaning "brothers" and "happiness" - shifting the atmosphere to excitement for the next part of our day.

Next we embarked on a short but beautiful hike through Sataf National Park. We tasted a number of the delicious fruits that grow in Israel like grapes, pears and carob while taking in the breathtaking views of Jerusalem. We were then immersed in the city life with a visit to Ben Yehuda Street. It was awesome to see this side of Israeli culture and we all loved the shopping in this iconic district.

Our day concluded with a few programs at the hotel, including a sad but heartwarming farewell to our Israeli mishpach. One of the soldiers, Carmel, had been called for an early return to his camp due to the escalating conflict. It was difficult to say goodbye, as we'll all worry about the safety of our new Israeli brothers and sisters. But the joy and connection we'd shared over our five days together was unshakable. Another theme of our birthright journey, the duality of life, was exemplified this day. When it comes to happiness and sadness, you can't have one without the other. As Jews, we've faced significant hardships throughout our tumultuous but joyous history. Embracing the polarization of these emotions is how we've overcome for 2000 years, and why Judaism and Israel will continue to flourish.