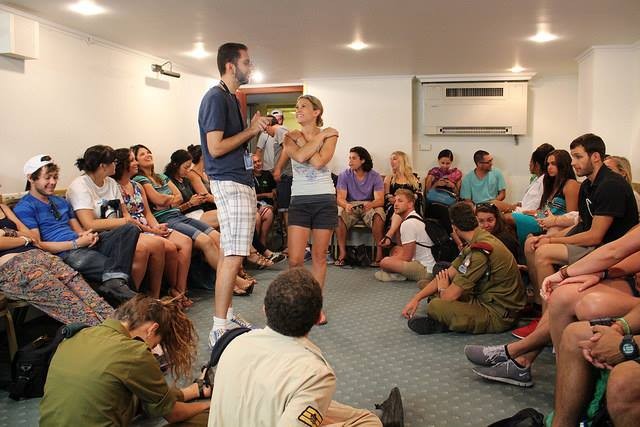 There are some things you can just never put into words. Visiting Yad Vashem (the Holocaust Memorial) in Israel is one of those things. No matter how many times you learn about the Holocaust in School, read books, or see movies about it, nothing will ever evoke the same emotional response as winding through switch backs of images and listening to stories of the 6 million who perished in the Holocaust, only to emerge overlooking Jerusalem. There are many things that set apart Yad Vashem from other Holocaust memorials around the world, but one of the most powerful is the focus of the personal stories. The humanization of the 6 million connects us in a way that is not replicated elsewhere. The final room before emerging over Jerusalem is the room of names. 4,000,000 names have been collected of people who were murdered, leaving at least 2,000,000 names of Jews to the ethers. Empty shelves waiting for those names wait to be filled, saying, “you may never be named, but we will never forget you.”

We left Yad Veshem with heavy hearts and eyes full of tears, but a renewed sense of purpose; personal purpose, Jewish purpose, and a deeper understanding and appreciation for Israel. In theme with the lessons of the Jewish people, we went from one of the darkest memories of the Jewish People to the hustle and bustle of the Machne Yehuda marketplace in Jerusalem on Shabbat!

Just approaching the marketplace your senses are heightened! Smells of spices, flowers, fruit, vegetables, candies, fresh challah, halavah, rugalach, and so much more filled our bodies as we entered. Despite the current situation, the marketplace was packed. Every type of Jew of every age and background was there doing their

Shabbas shopping. Vendors were yelling over one another to convince patrons that their product was the best to buy. We walked up and down the busy pathways eating as we went; a nectarine here, fresh braided Challah there, juices here, and warm rugalach there. We ate and drank until our bellies and souls were full once again. 90 minutes was not enough time to explore the market and left us wanting more as we departed to our hotel to prepare for Shabbas.

After some much needed downtown to prepare for Shabbat and a delicious dinner at the hotel we boarded the bus to receive Shabbat at the most holy site in Israel, the Kotel. We arrived just as Shabbat was settling in and overlooked The Wall as a group for the first time. Emotions were overwhelming as we saw thousands of people joined together in joy and unity to receive Shabbas. Men and women separated and went to their respective sides of the Wall. Dancing and singing and praying ensued for the next 45 minutes. Singing at the top of our lungs “Am Yisrael Chai” and the Hatikvah was elating. Joining in song and prayer with thousands of other Jews from around the world at the Holiest site was beautiful. We joined hand in hand and walked back to our hotel from the Kotel feeling a new sense of purpose and understanding. From the horrors of the Holocaust to singing Hatikvah at the Kotel all in one day put many things in perspective. One Land. One heart. One people. Forever Standing with Israel.