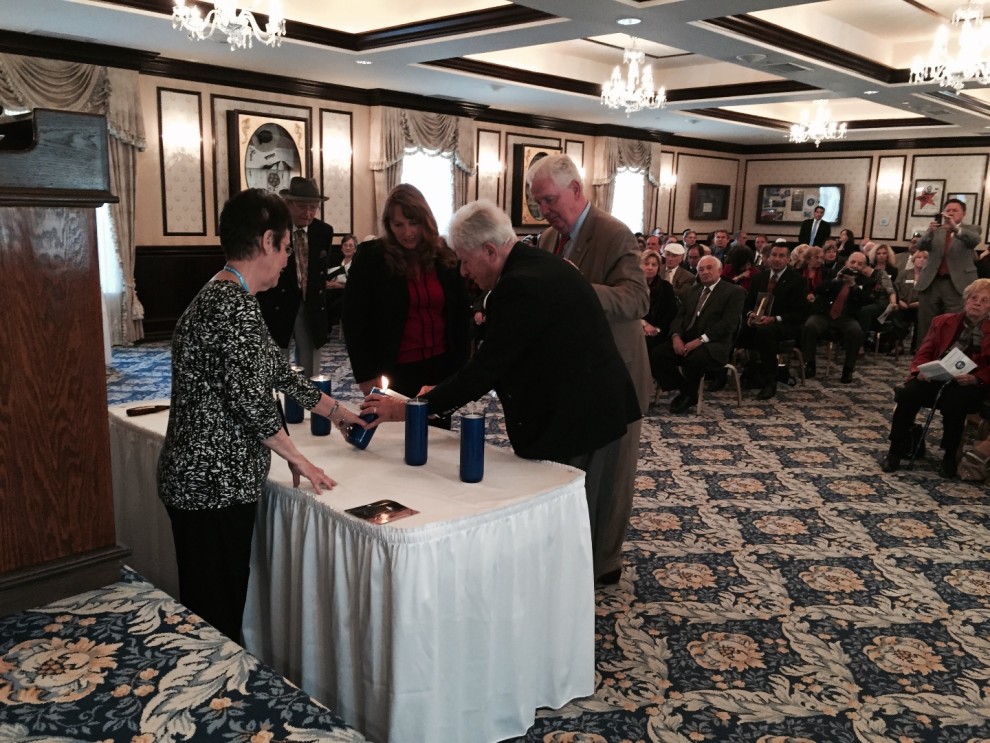 Governor Brian Sandoval hosted a very special and meaningful Yom Hashoah-Holocaust Memorial Day Observance in the Governor’s Mansion as part of the day’s program.  More than 45 Holocaust Survivors from Las Vegas were in attendance thanks to the generosity of Dr. Miriam and Sheldon G. Adelson who provided air transportation.  Doug Unger, Chairman of the Governor’s Council on Holocaust Education and a former President of our Jewish Federation, served as Emcee for the program which was attended by more than 100 people including Jewish community leaders from Las Vegas and Reno as well as members of the Nevada State Senate, Nevada State Assembly, State Constitutional Officers and other guests.

Governor Sandoval addressed the audience and reaffirmed his commitment to insuring that the memories of the victims of the Holocaust will never be forgotten nor the important lessons of the Shoah; and recommitted himself and the State to providing Holocaust education for the students of our public schools.  He also took note of the presence of the Holocaust Survivors and how much he valued and appreciated their contributions to America, Nevada and the Jewish community.

The Observance program included the lighting of memorial candles to the more than 6 million Jewish men, women and children who perished in the Holocaust at the hands of the Nazis; as well as the 5 million other victims.  Myra Berkowitz, Director of the Sperling Kronberg Mack Holocaust Resource Center spoke about the importance of Holocaust Education while Anne Jenner, a Las Vegas Holocaust Survivor offered personal reflections on the meaning of Yom Hashoah.  Cantor Jessica Hutchings of Congregation Ner Tamid, Rabbi Ethan Baer of Temple Sinai in Reno and Cantor Yossi Silverstein of Chabad of Reno participated in the program; and Rabbi Bradley Tecktiel of Midbar Kodesh Temple and President of the Board of Rabbis of Southern Nevada and a member of the Jewish Federation’s Board of Directors offered the closing benediction.  Liza Abrams, Student President of UNR Hillel and Bailey Brenner, Student VP at UNLV Hillel, provided an inspiring “call to action” as part of the program.