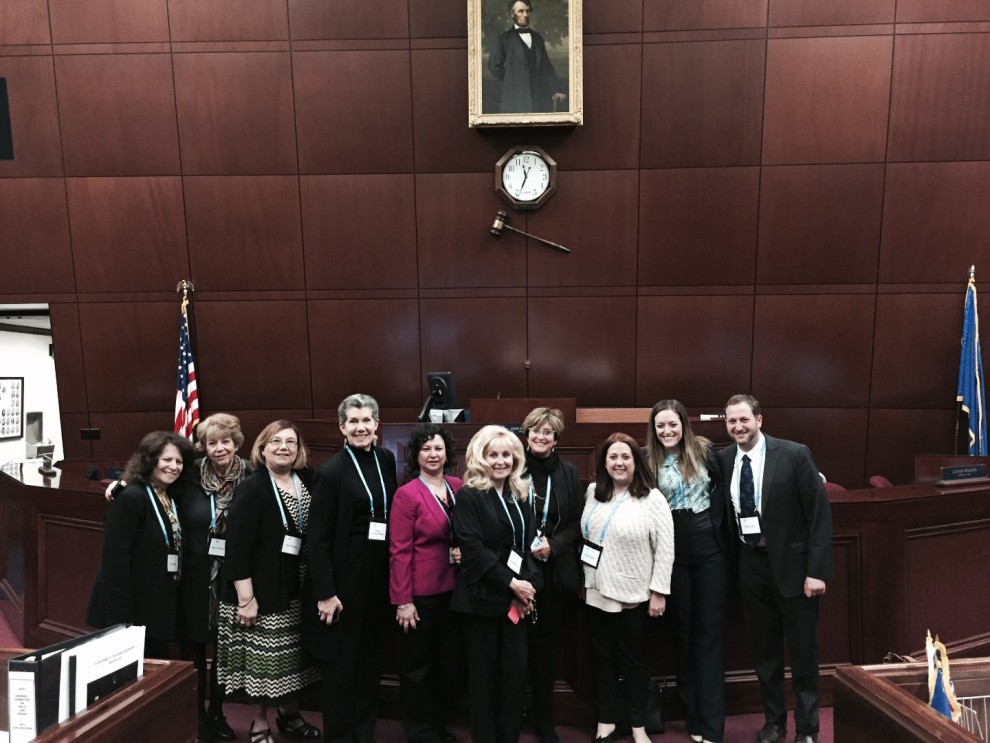 Our delegation held private meetings with Lt. Governor Mark Hutchinson; State Treasurer Dan Schwartz (who is also a Board member of our Jewish Federation); State Controller Ron Knecht and Attorney General Adam Laxalt.  Each Constitutional Officer spoke of the special bond of friendship between Nevada and Israel; as well as the important contributions of the Jewish community to the welfare and well-being of the State of Nevada.

For our part, we emphasized the Jewish community’s support for the Nevada Legislature’s Nevada/Israel Friendship Resolution calling for even greater connections and closer ties between our State and the Nation of Israel while recognizing the concern for the growing tide of anti-Israel and anti-Semitic incidents around the world and the threat of a nuclear Iran.  We also offered our support for the Governor’s State budget which includes a significant increase for funding of the Governor’s Council on Holocaust Education.  The delegation also addressed concerns for homeland security, education of our children and the provision of social and mental health services for all Nevadans.