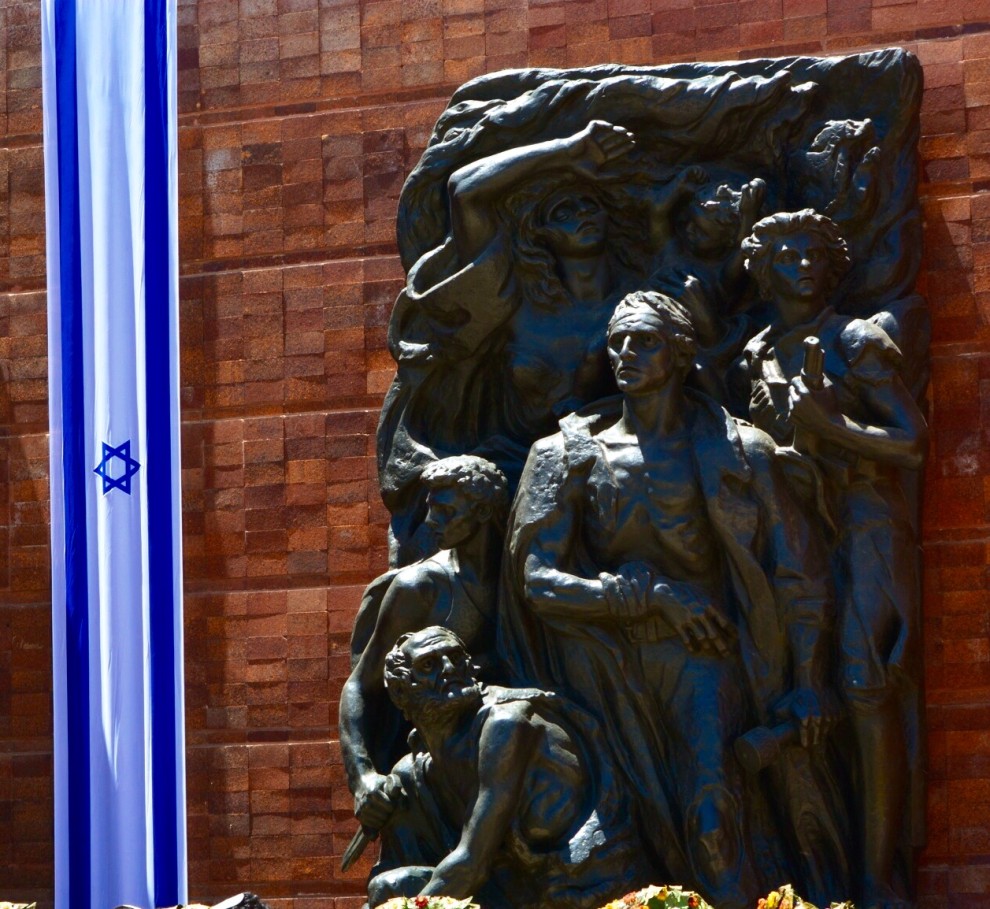 I am currently on my 24th visit to Israel.  I count each visit because each one is precious and deserves to be counted, remembered, and savored forever.  The purpose of this visit is to study the projects that the Jewish Federation of Las Vegas is supporting and to explore additional partnerships for our community.  I am also here to visit with the people and municipal officials of our Partnership region of Ramat HaNegev.

I had a number of things to write about in this weeks blog post related to the people and projects that I've encountered.  There is a lot to tell about the Ramat Negev region, which makes up 22% of the entire State of Israel.  It holds some of Israel's greatest treasures while also holding the key to Israel's future.  I also wanted to write about the tremendous impact that our community has had on the people of the Ramat Negev region.  Unfortunately, I cannot bring myself to expound on those thoughts.  My thoughts are squarely and unwaveringly on every person that I pass in the streets and with my family back in the US.

This week Israel saw a spate of Palestinian terror that resulted in 14 wounded and an American, Taylor Force, dead.  Taylor was a West Point graduate, a US Military Veteran of Iraq and Afghanistan, a husband , and an MBA student at Vanderbilt University.  He was in Israel, like I was two years ago, with his MBA class to study the entrepreneurial nature of Israeli business.  Taylor's murder was a gut punch for many because his background and the location of his murder are so familiar to so many of us. We know people like Taylor, beloved by their friends, family, and associates.  Someone who loved life, served his community, and wanted to better his own life.  Taylor was walking through the streets of Jaffa, a place where thousands of tourists travel.  Jaffa is one of the bright spots of Arab/Israeli co-existence.  It is home to a terrific shuk, friendly people, and one of the best bakeries in Israel (Abu Lafia).  Despite all of those accolades, Jaffa is now the place where an Arab terrorist killed Taylor Force with a justification that can only be defined as perverse.

For years we have heard Israelis and other victims of terror swear to continue on with their lives.  To not allow the terrorists to change them and to endure.  It is almost an impossible vow to keep, but yet, the buses run, the offices are full, and the children are in school.  Life does not stop and it cannot stop, but that doesn't mean that it isn't changed.  With every act of Palestinian terror, life in Israel is changed.  There are very few people in Israel who do not know someone who has been either a victim or nearly a victim of terror.  The rockets raining down, the knife wielding Palestinians and Israeli Arabs, and the threat of Hamas tunnels — are all acts of terror that impact nearly every Israeli.

Compounding this terrorist threat is a global movement to defeat Israel, not on the battlefield, but in the global court of public opinion.  It's unfathomable to me that the world puts so little value on the lives of the very people who celebrate life every day and with every raise of a glass. For those who claim that the Israeli policies are created this generation of Palestinian terrorists, I ask what you think is being fostered among the Israelis.  A generation of Israelis are growing up knowing that their demise is being taught, encouraged, and celebrated by people a mere few kilometers away.  Yet, the Israelis continue prosper in the only true democracy in the middle east.

If the Jews in Israel - the Israelis - can endure all that they have been through, who am I to not do everything that I can in support of them?   Certainly, I am an American and they are Israelis, but that does not mean we are not the same — we are members of the global Jewish community.    There is no such thing as the Israeli community and the Jewish community…we are one community.  That is true in Israel, in Cuba, and certainly in Las Vegas. We have the same religion, but it is not our religion that is the most important element.

The great educator, Avrum Infeld, said that the mission of the Jewish people is the significant survival of the Jewish people — not of the religion.  The fact is that we have a religion that is unique to a people, but you can't have this religion if you are not of the people, this is what makes us unique, not our place of origin.  Infeld also said that we are all connected by the "M Chromosome - Memory."  We share a collective memory and all Jews, be they Israeli, American, African, etc., are all connected through this chromosome.  We all feel the impact of our liberation from Egypt, the freedom of Soviet Jewry, and the violence perpetrated against Jews around the world.  This is not a new idea, the concept of Jewish interconnectedness is the oldest in the book.

Taylor Force is not the first, nor will he be the last, person killed by a warped sense of justice and equivocation.  But in his memory, and the memory of all other victims of terror, we must go on and continue to celebrate life.  May Taylor's memory be for a blessing and may the Almighty comfort his friends and family amongst the mourners of Zion and Jerusalem.