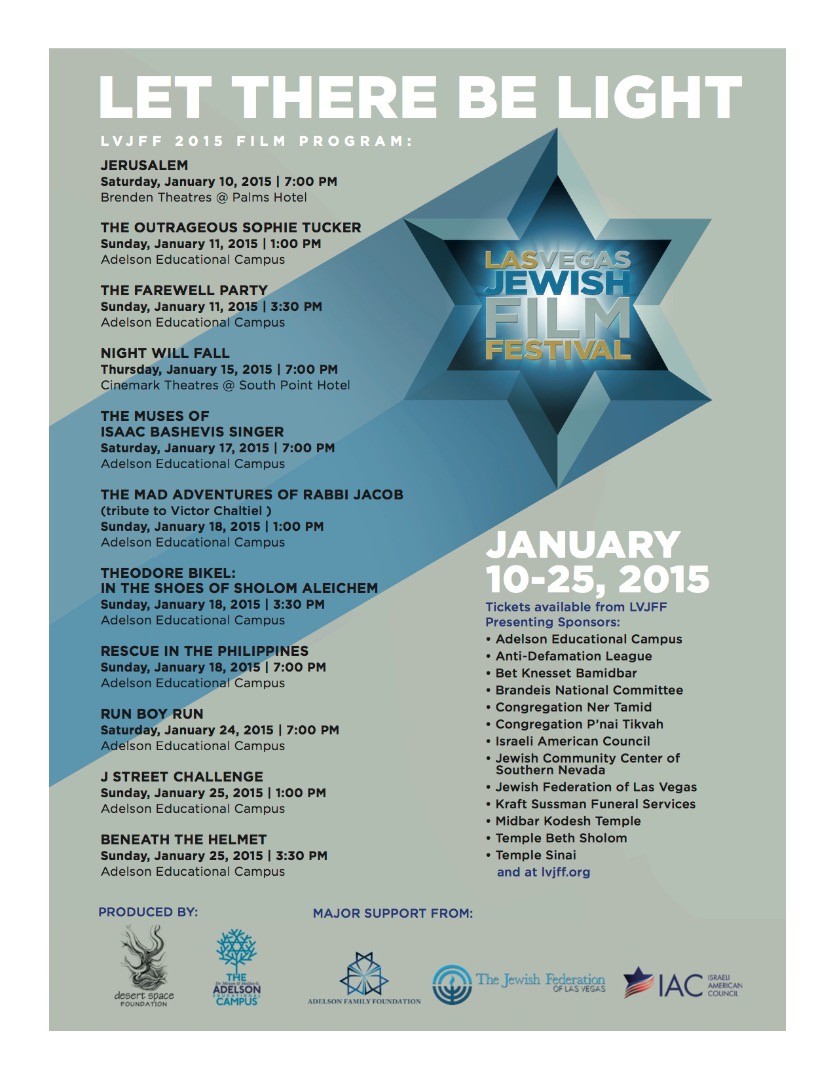 This year’s Las Vegas Jewish Film Festival is underway and the reception to this year’s screenings have been tremendous!  I encourage you to try and attend as many of the remaining films as possible; including this coming Sunday, January 18 when our Jewish Federation will produce the screening ofRescue in the Philippines at 7PM at the Adelson Educational Campus.  The film is an important movie documenting the rescue of Jewish émigrés fleeing the Nazis during World War II who sought and found refuge in the Philippines.