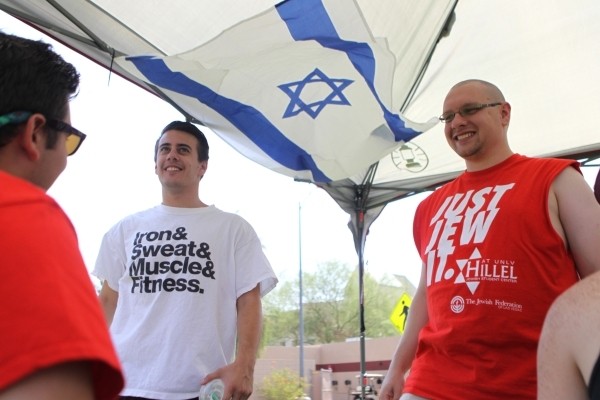 How did representatives of the Hillel Jewish Student Center at UNLV spend a blistering-hot new student dorm move-in day on the UNLV campus?

By handing out bottles of water to parched incoming students.

A bottle of water is a small thing, but it's entirely possible that more than one new student will remember at some point during the school year that UNLV's branch of the worldwide Jewish campus organization once quenched their thirst on a hot August day.

Maybe they'll even decide to drop by Hillel's on-campus digs at Houssels House one day to explore Judaism, or to discuss world events, or to accept an invitation to a Seder or Sabbath meal, or, even, to just hang out between classes.

Campus ministry is built upon just such small things, and representatives of UNLV campus ministries say serving students begins with simply connecting with them in whatever ways they can.

It's a common, and not altogether inaccurate, notion that college is a time when students leave their faith behind. That some do "is a real thing," says the Rev. Albert Felice-Pace, who spent 47 years in campus ministry, including the past 11 years as director of the St. Thomas Aquinas Catholic Newman Center at UNLV.

"Sometimes students get involved in different organizations, and they prioritize and say, 'I'm going to my sorority or fraternity and not going to church,'" he says. "Remember that, for the first time, (college students) are on their own, and see their freedom now. They do what they want to do, and there are no parents nagging them."

College also tends to be a time when students re-examine the beliefs — including their religious beliefs — they've always held. "So they start asking the big questions," Felice-Pace says. "And I always tell students, 'Don't be afraid to question until you find an answer.'"

Students also may use college as a time to re-examine where their own religious or spiritual beliefs fit in among others. For example, it may mark the first time that Jewish students are exposed to other traditions of Judaism, says Matthew Kramer-Morning, director of the Hillel Jewish Student Center at UNLV.

"A lot of Jews grew up in Conservative homes or Orthodox homes or Reform homes, and that's the flavor, quote-unquote, of Judaism they know. Part of how I see our mission at Hillel is to let the students know that there are so many other flavors of Judaism and let them experience it for themselves." 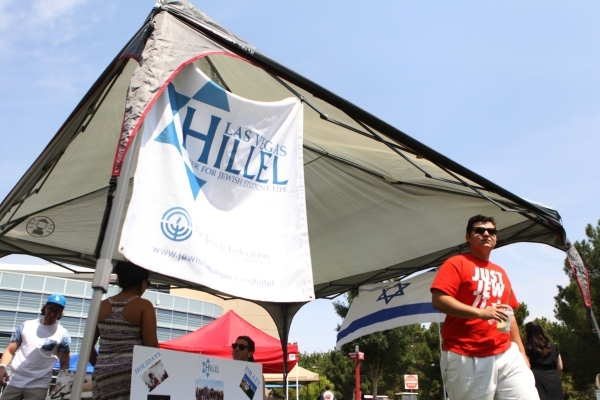 For some students, college even can be a place where faith is embraced. Bruce Hansen, director of the LDS Institute of Religion at UNLV, says that, each year, after having taken courses through the institute, "it's not uncommon ... that we will have a dozen college students who get baptized."

"I wouldn't say that's the primary reason we are here," he adds, "but it's a clear opportunity to answer questions many college students have."

In serving students, campus organizations and ministries employ strategies that may be different from those used by faith communities in the community at large. Key to it all, representatives say, is simply being accessible to students in whatever ways students might wish.

The LDS Institute of Religion at UNLV houses the expected classroom and study areas. But, Hansen notes, the LDS student center, at 1095 University Road, also is equipped with three pingpong tables, two pool tables, two Foosball tables and an air hockey table, all awaiting students, both LDS and non-LDS, who might wish to stop in during the day to take a break from their academic routines.

Hansen recalls one day during summer session when "I walked in there, and here are about 10 or 12 football players playing pingpong and pool. I knew a few of them to be LDS. The others just like the environment here."

College students are "a very unique demographic," says Rabbi Tzvi Bronchtain of Chabad of UNLV. "Just from my perception, you have to be on the lookout to engage new students. You have to be original and constantly be thinking and evaluating.

"I find that college kids are much more open to doing new experiences and exploring, than when you're dealing with an older person who has a job, a career, a family."

The challenge for campus ministries is that students may seek engagement in a variety of ways.

"For a parent, it may be to be a member of a synagogue or temple," Bronchtain says. "For (students), it might be celebrating Shabbat dinner, or being active in what we call tikkun olam, or making the world a better place. It might be social action. It might be just socializing, hanging out with other people. It might be taking classes to learn about their history and faith and culture.

"Every student engages differently, and the challenge is to (offer) the correct smorgasbord, so to speak, and have something for each kind of student."

Felice-Pace calls campus ministry "a ministry of presence," in that "we have to try to reach students where they are and provide things that are important to them."

The goal, Felice-Pace says, is for campus ministries to "make their presence known, that there is a place here where (students) can come. So that reaching out to them is very important."

Felice-Pace remembers a student from out of state who lived in a dorm. When the student was diagnosed with cancer, "the first place she came was to the Newman Center," he says.

"She was a regular with us, very supportive and involved in the Newman Center. She said, 'Can you anoint me, give me the sacrament of the sick?' Then she called her parents and went back home."

Engagement with students can be built upon something as simple as informal get-togethers. For example, Hillel's Kramer-Morning says, "it might be as simple as Schmear and Schmooze. It's a program we run each week when we all go to the student union with bagels or whatever I can pick up from the store, and just sit there talking with students about current events or what's going on, trying to build those meaningful connections with students."

However, UNLV's reputation as a commuter school — only about 6 percent of students lived on campus last year — can make reaching students there difficult. Mohamad Dabbagh, a UNLV senior and president of the Muslim Student Association at UNLV, says the group currently has about 15 members, down from a recent peak of about 50.

Part of the problem is that most students come to the campus, attend their classes and then leave, minimizing their involvement in on-campus groups, he says. And when students do engage, campus faith-related groups may not be their first choices.

"You'll find the biggest groups on campus are sororities and fraternities, because you see people wanting to (create) connection, so they find it that way," he says.

In contrast, he says, "Muslims, Christians, Jews who want (connection) find it, and already have it, in the (local) mosque or temple or church they've attended their entire lives. So when they come to UNLV, they have that foundation, so they don't see that connection (to campus)."

So, Dabbagh says, "we are working hard on building the Muslim Student Association back up. There were a few years when it was completely stagnant."