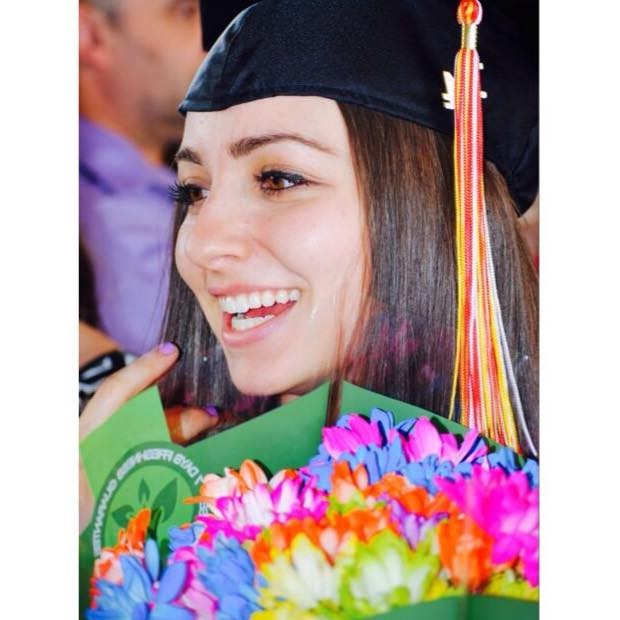 My name is Lee Cohen, and I’d like to tell you my Jewish Journey. My story doesn’t begin with a “Once Upon a Time…” like most; rather, it begins with an “On the first day of Lee’s freshman year in college…” Everything I’ve learned in the first semester of my college experience has been a blessing. If only it didn’t take me eighteen years to learn the things I did. But you know what? Better late than never. Being Jewish does not have a time stamp or an expiration date. Being Jewish is not about the charity one gives, or the time in a day one dedicates to their Jewish community. Being Jewish is pursuing a life that one has always imagined, while recognizing and appreciating one's relationship with Hashem.

My family has never been too religious. With my whole family living in Israel, my experiences have always been structured to the culture and traditions of Israel, and not so much to Judaism itself. Because my family didn't practice Jewish customs and traditions like most other Jewish families, I always felt like I wasn't truly Jewish. In my mind, I was always less of a Jew because I never went to Hebrew school or had an official Bat Mitzvah.

As cliché as it sounds, I knew I was able to get a fresh start as a freshman at UNLV. A week or two before my fall semester, I emailed Matthew Kramer-Morning, the Hillel director at UNLV, to see when the first Hillel meeting would be. At our meeting, Matt exposed me to numerous opportunities I never knew existed. At my first Schmear and Schmooze social, I met many Jewish peers. I was introduced to Mishelanu (the IAC Israeli-American group for college students), Chabad on Campus, and the other Jewish organizations found on campus.

To be honest, my mind was about to explode on that first day of school, but I knew this was exactly what I wanted—a fresh start. After meeting such amazing people and being introduced to such great opportunities, I do not regret a thing. Since my first Hillel event, I've become a chair of the fundraising committee that works with the Jewish Federation. I've grown exceptionally close to the Rabbi on Campus, and his Rebbetzim. I come to their house for Shabbat dinner every Friday and help make challah bread after school on Thursdays. I've taken the amazing Sinai Scholars seminar which taught me so much more than I could have ever imagined about Judaism. On top of that, I went to the New York Shabbaton for a weekend, which did not only strengthen my relationship with my friends, but also with Hashem. Last but not least, the Israeli-American Mishelanu group I'm in has been such a blessing. The coordinator, Sivan Hanukayev, has provided nothing but support and opportunities for me to grow as a person, and as a Jew. These environments have introduced me to some of my best friends.

So much has happened, and it has only been my first semester in college. I now know that it does not matter when I started my Jewish Journey-- it is just the fact that I started. Each and every Jewish journey is customized to fit your wants and desires. Observing the traditions and learning about the religion has brought me so many moments of appreciation. Being Jewish is what you make of it. I know that I can Jew what I want to Jew—there is not pressure. So please, it doesn’t matter when, but take the first step on your Jewish Journey.