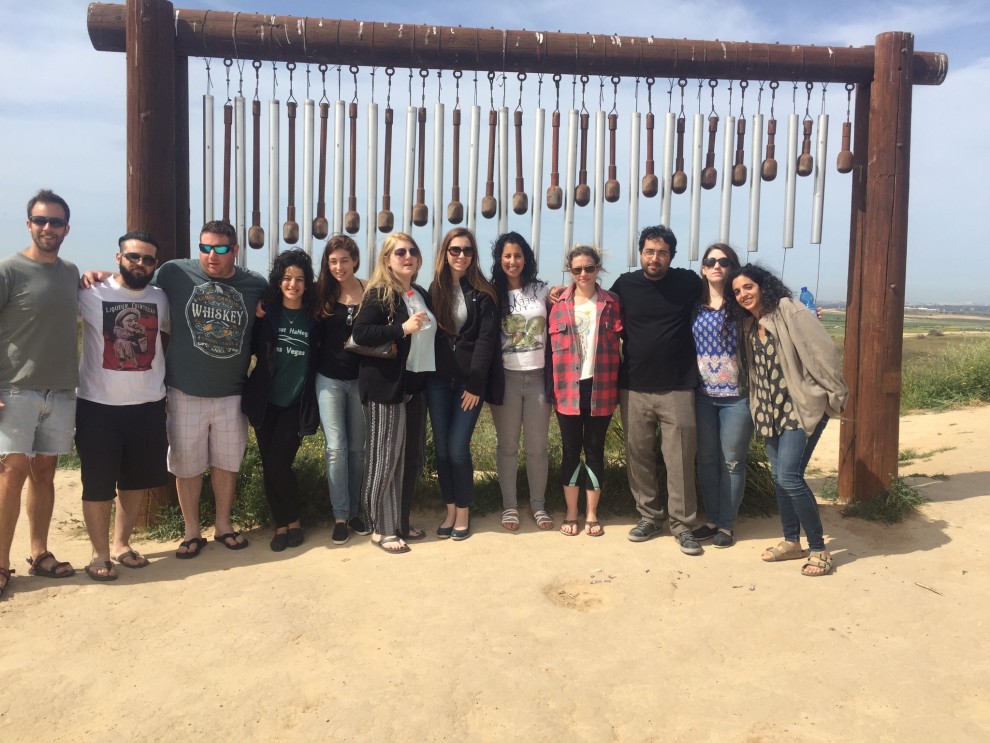 We woke up in the mud hut today and made our way to breakfast which was “Make your own pita” that came with acutremons. After breakfast we packed up and headed out to the Gaza border. The theme of the day was “Roller Coaster of Reality (IDF).” We were shown the border and explained in detail the occupation and history of Gaza. We received clear instructions on what to do if we hear sirens (lay down flat behind a large rock, cover head and cross legs). However, we were assured we should not worry and that would most likely never hear it. The area by Gaza is extremely beautiful with rolling grassy hills and the constant smell of the ocean. The activity consisted of the group discussing our views on the IDF and its affects on the individual soldier. Our Israeli hosts explained their political and personal feelings towards their time in service. Duties ranged from ground troops, air force, paratroopers and intelligence. Sapir’s boyfriend was a K9 trainer who got to keep his dog after he was released from service. What I found interesting was how despite the negative affects the IDF had on our hosts physically, each one was proud of their experience and felt their importance of service.

At no point did I feel scared about being near the border. I had a heightened sense of awareness, but at no point did I feel we were in danger. The trip back was much more enjoyable than the one there. We put out a fire that was started by Bedouin’s burning their trash, climbed some tanks (where we met a reserve troop who was extremely nice) and discussed Bedouin politics/beliefs. Bedouins are an ancient a Arabic people living a nomadic lifestyle throughout the country, but primarily in the Negev.