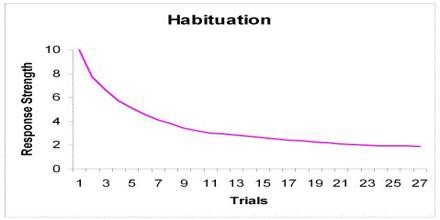 Habituation is defined as a decrease in response to a stimulus after repeated presentations. For example, when a car alarm on your street starts to wail at 2am, it may initially wake you up or even draw you to the window. After a minute or two, you may become accustomed to the noise, pay less attention, and eventually roll back over and fall back to sleep.

While Habituation can often be innocuous, it does have the potential to be very damaging. A person who is around loud noise all day may become accustomed to it, but that doesn't mean that the noise is not damaging their hearing. The same can be said about anti-Zionist/anti-Semitic (yes, they are one in the same)actions by individuals, governments, and world bodies.

This week, the pro-Israel community was presented with yet another hearing test from those who seek to delegitimize the State of Israel and any Jewish connection to the land. Yesterday, the United Nations Educational, Scientific, and Cultural Organization (UNESCO) adopted a resolution that aims to change the status quo of the Temple Mount and declare the Western Wall a part of the al-Aqsa Mosque compound.

The resolution is an affront to the Jewish people and our over the two-millennia connection to the Western Wall and the Temple it once supported. By acknowledging the holy sites both on and around the Temple Mount solely by their Arabic names, this resolution seeks to invalidate any claim the Jewish people have to our holiest site. The result of this aggressive effort will be to heighten the already palpable religious tensions in Israel and the surrounding region.

The problem isn't just with the resolution, it is also that many in the pro-Israel community have become too accustomed to this type of noise from the U.N. and it's subsequent committees. But like the loud noise, habituation to the U.N.'s anti-Israel bias does not mean that it isn't damaging. If anything, turning a deaf ear or blind eye to the UNESCO decision increases it's damaging impact. The enemies of Israel are watching to see if we notice or if we even care.  If we don't make the world aware of these egregiously anti-Israel biased votes and resolutions; these same enemies will use our silence as validation to turn their opinions into fact and to carry out terrorist acts against the Jewish people.

The world is watching to see if we will simply roll over and go back to bed or if we will answer this latest alarm caused by UNESCO.  I encourage you to take action by contacting your elected officials, local news outlets, and making your voice heard on social media.