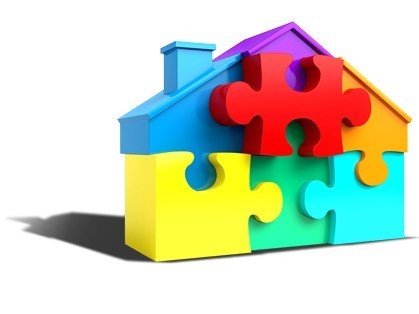 I have used the phrase in the title of this article several times to describe a situation that some of my colleagues or friends may have gone through in their lives or careers.  It is most often used when one is in a new position where agreements were made or policies formed with a previous person or administration. This was absolutely the case for me when I assumed the position of President & CEO of the Jewish Federation of Las Vegas nearly one year ago. I quickly became "The Pharoah who knew not Joseph" in that agreements were made with or systems were developed by my predecessor of which I may not have been aware or felt needed a change. I am in no way disparaging those agreements or systems. I am merely pointing out that when changes are made at the CEO, or other senior positions, there are bound to be changes in everything else.  There are also bound to be misunderstandings or incorrect assumptions.

In the past 11.5 months, we have made a number of changes to how the Jewish Federation is approaching our mission of ensuring the survival of the Jewish people. The most notable change has been in our allocations process. This year the Federation changed it's Annual Campaign for Jewish Needs calendar from fiscal (July - June), to a calendar year process. This shift forced a change in our allocations process.

In previous years the Jewish Federation would have one round of allocations, usually in the summer. The amount allocated was based on the amount raised at the end of previous annual campaign. If the campaign fell short of the allocation requests, the decision was made to take a loan from the Community Endowment Fund. While this ensured that the agencies and synagogues received their allocations, it began to draw upon the financial backstop of our community, the Foundation.

This year the decision was made to bifurcate the allocations process. The usual round of allocations was held this summer, but it was based only on the campaign total at the time of the allocations meeting (January 2016 - September 2016).  A second round of allocations will be held in January of 2017 and it will be based on the fundraising total from October 2016 - December 31, 2016. This will allow our community organizations to submit allocation requests for programs that they want to carry out in the first two quarters of 2017. Additionally, and more importantly, the Federation will only allocate funds raised in the Annual Campaign for Jewish Needs. We will no longer syphon money from the Community Endowment Fund. If our community is not able to raise the funds needed to match the requests, the allocations committee (which has representation from all of our agencies and congregations) will need to make some very tough decisions on funding.

To meet the needs submitted by our community in the allocations process, our community will need to raise, in excess of $2.4 million, in the 2016 campaign (2015 closed at $1.85m). The good news is that we have surpassed the $2 million mark. The less-than-good news is that amount is only from approximately 500 donors. I am more than confident in that we can reach and surpass our goal of $2.4 million, because I am incredibly confident in the ability and potential that lies within our community. The only obstacle to our success is the mindset that we can't become the community we want to be in the next fifty years.

In an effort to include more community members in the process of funding our needs, the Federation will be holding two phonathons (November 2nd and November 3rd). They will be on both the East and West sides of town. You will be receiving more information on the location and times in the coming days. I hope that you will consider volunteering for these phonathons and if you have not yet made your pledge, that you will answer the phone.