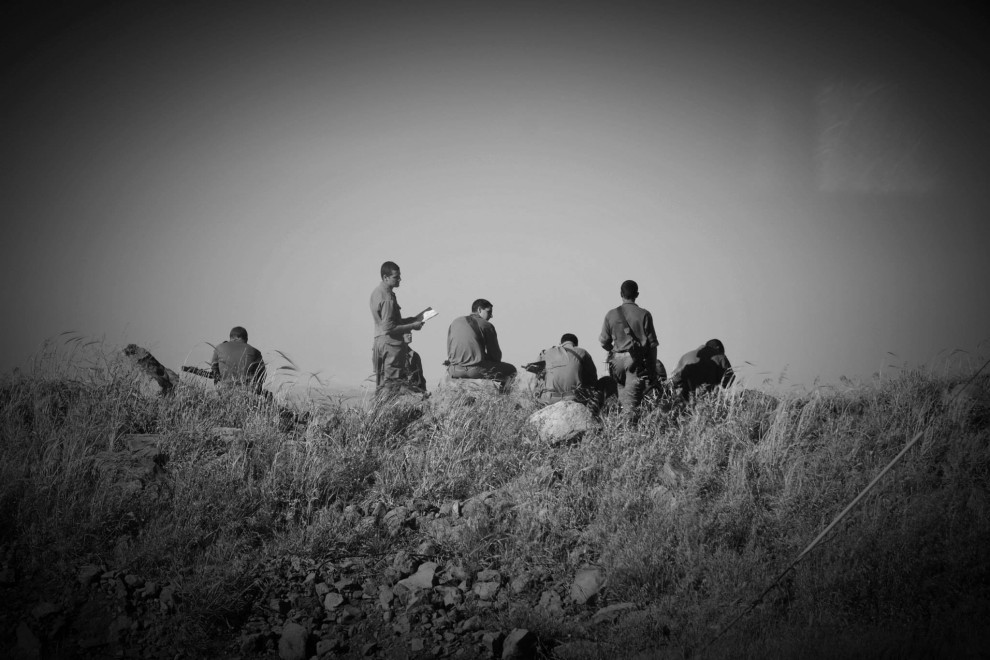 In the Jewish Community, being a personal example, or a דוגמא אישית (Dugma Ishit), is not a suggestion, it's an expectation. We are to serve as a light unto nations, we are to repair the world, we are to help those in need.  Our actions, as Jews, should not only be a positive reflection on us personally, but on the Jewish people as a whole.  There are those in the Jewish and non-Jewish community who also carry the highest standard of what it means to be a personal example.  The men and women who have served and are serving in the military are a shining example of a Dugma Ishit.  Their example of service and sacrifice is the foundation on which we stand today.

This time of year, in Israel and the United States, we are reminded of those who have paid the ultimate price in service of their country.  Israelis will observe Yom HaZikaron (Israeli Memorial Day) and we Americans will observe our Memorial Day.  The commemorations in each country are vastly different, but their intentions are the same; to pay respect, give thanks, and honor their sacrifice.

I have always found this time of year frustrating.  The fact that there is only one day on the calendar for this type of commemoration leads many to only remember the sacrifice of the fallen on that day.  In Israel, this is probably less of the case, because nearly everyone has been in the military, nearly everyone knows someone who has fallen, and you can't go ten feet without seeing a memorial.  In America, due to the large population and no mandatory conscription, the connection to those who are serving and who have fallen is much more dispersed.  Unfortunately the day is dominated by commercials for sales, marking the beginning of summer, and a day off of work.

Regardless, of the country or observance, those who served and paid the ultimate price for their country should not be honored only one day out of the year, but every day, every hour, every minute. We should honor their memories by living the type of life and freedoms for which they fought and died.  The Jewish community in America, and the entire Diaspora, should pay respects to the IDF for ensuring the safety and security of the only Jewish State.  We, the Jewish community in America, should also pay respects to the American military for ensuring that the United States will continue to be one of the few places on earth where we, and all religions, can live freely without the threat of persecution.

"Ceremonies are important. But our gratitude has to be more than visits to the troops, and once-a-year Memorial Day ceremonies. We honor the dead best by treating the living well." --Jennifer M. Granholm