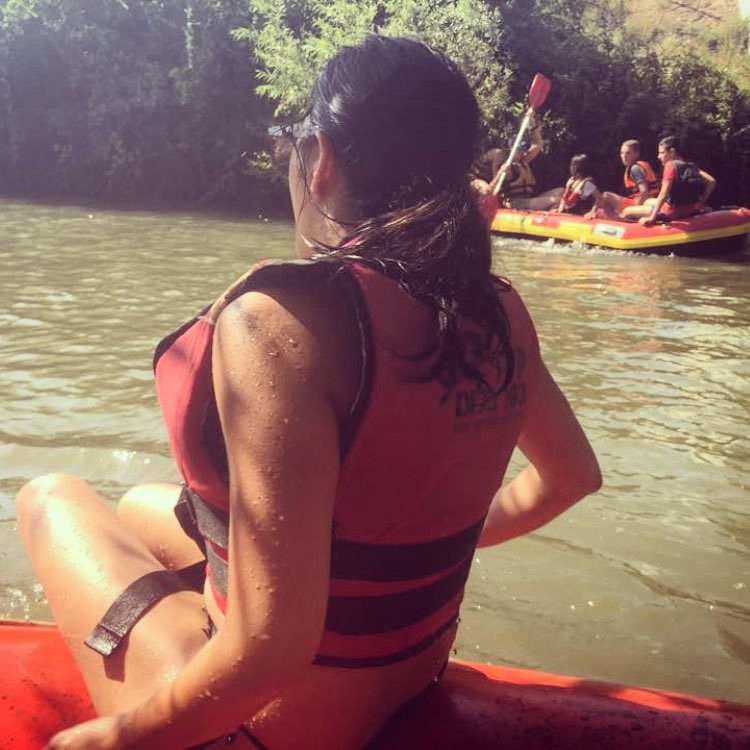 When I was growing up, Grapes of Wrath always stood out to me as one of my favorite books.
Reading about strength and perseverance and what it took to fight and overcome struggles for
something that you are extremely passionate about - something that you really believe in - was
one of the most powerful lessons I could learn.

There are three things I strongly dislike in this world: war, gangster rap, and olives. This is why
when I found out that we were starting our day out at an olive factory I was elated with joy. What
could be better than learning about something that I disliked as much as war? When we arrived
to the Olive Oil factory, I realized it meant much more than just olives and olive oil. It was olives
and olive oil, sure, but it was also history, science, precisely calculated decisions, and some of
the most clever inventions that I have ever been apart of. The factory also made lotions,
creams, lip balms, etc. which was much more than I thought could be produced from olives, and
it didn’t stop there. We learned that olives go underground and act like Monday mornings, just
killing everything that gets in their way including drinking water way underground. The science
and research that went behind getting rid of the left over residue and finding more uses to be as
efficient as possible gave a glimpse in to the science and research that is taking place in a small
village in Israel. It is a small example of the brain power this nation holds, and a small taste of
why Israel really is the start up nation.

There were olive trees that were older than Marni! Reflecting on 500-700 year old olive trees is
a small reminder of the steps our ancestors took in this land. Seeing processes invented that
long ago that are still in use today showed me that there is so much more than just olives being
made. It was something that was much bigger than ourselves.

From there we went to an old bunker on the border of Syria in the Golan Heights. I know what
you’re thinking, and trust me, I wondered why we were standing in a war zone just waiting to be
sniped also. Seeing the struggles that have happened and the fight that has taken place to
defend Israel was one of the most powerful things I have ever seen. It reminded me of reading
Grapes of Wrath as a kid and was one of the few times I felt uncomfortable being the tallest
person in the group at 6’7”, right in striking range of Syria. In all Syriasness, I was somewhere
between scared for my life and proud of my heritage to see Israel and what it has become today
thanks to the sacrifices made by so many Jews to protect the holy land. There is nothing more
powerful than the perseverance that was taken to secure Israel as the country it is today. We
are truly blessed. So blessed.

Next up, we went to a place that is nestled in the cleavage of Lebanon, Syria, and Israel, which
was the Jordan River, fed by the Dead Sea. Although most say it was really just fed by the hand
of God. We took to rafting the snake and leech infested waters and waged water wars on
surrounding ally and enemy rafts that went past us. It was the last day of Ramadan and
celebrations were in full force, so we banded together. Guess who won? Spoiler Alert: NOT
THEM.

From here, we went in to the Shabbat festivities, to quote the best philosopher that ever lived:
“There are no wrong turns, only new journeys.” -Lance Robinson, 2015. We came together for a
splendid Shabbat celebration and dinner. The food was agnostically timid, yet tastey. After
dinner we got together as a group and discussed our trip, our favorite parts, and what it really
meant to be in Israel. The conversations were deep and our group grew even closer together.
The truth is, we’ve turned in to a big family. We all love each other, we are there for each other,
and we have big plans to get together again as a group. I just hope we can follow-through. It
was a powerful evening. Shabbat Shalom.