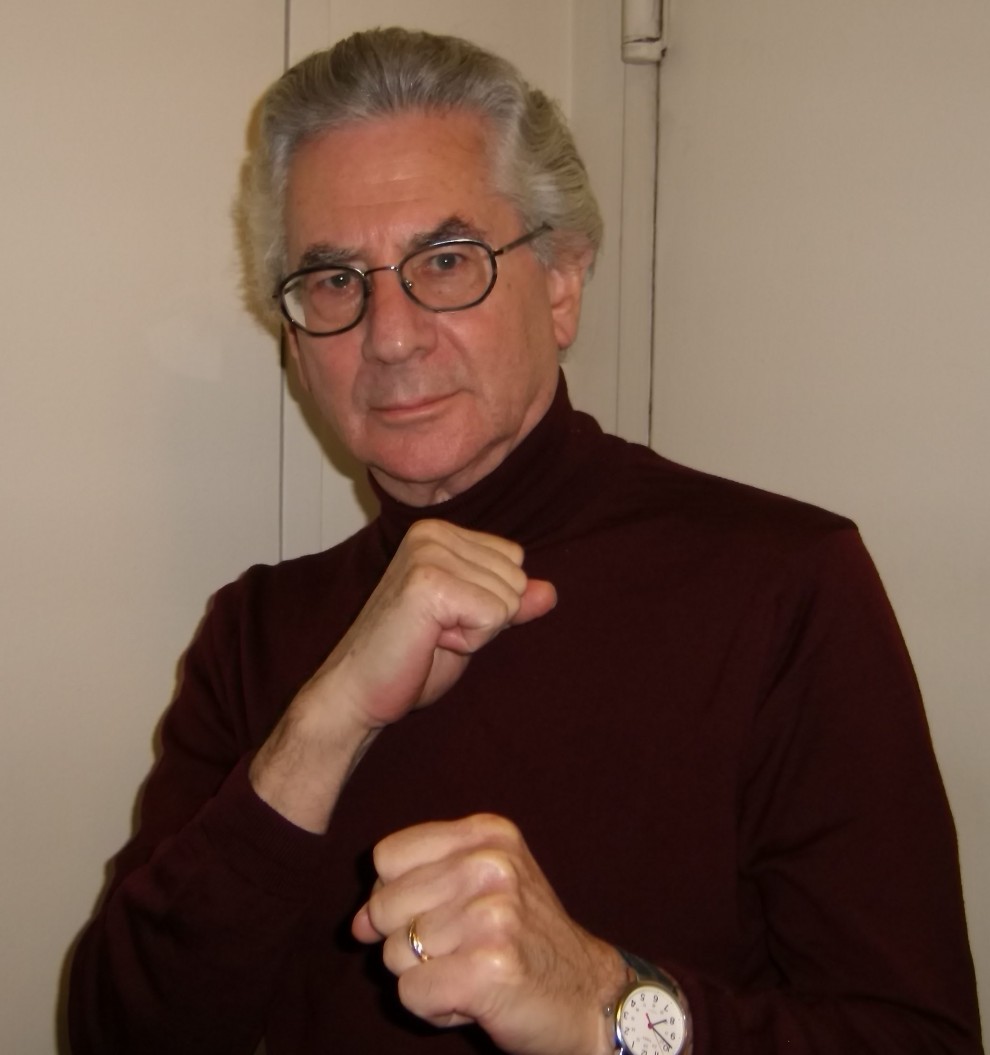 A BOOK ABOUT JEWISH BOXERS AND ANTI-SEMITISM

Many people have asked me why I chose to write the book, Max Baer and Barney Ross: Jewish Heroes of Boxing, which was just published by Rowman and Littlefield.  It’s a good question. Most people, Jews and non-Jews, have no idea that from 1910 to 1941, there were 628 professional Jewish boxers in the United States. Many of them, including Barney Ross, were Orthodox Jews. Ross and more than a dozen others were world champion title holders. And Ross was one of the best, for he was the first boxer to hold three championship titles at one time.

The origins for my writing the book started when I was twelve years old. I was short and skinny, and my father was worried that bigger boys in the public school I attended might pick on me. One day, he brought home a pair of boxing gloves, a speed bag, a heavy bag, and a jump rope. He taught me the elements of boxing, and I learned that my father had been an amateur boxer in his late teens. He had grown up in a German immigrant neighborhood in Queens, New York, and there was pervasive anti-Semitism in that community. He often got in fist fights with those who espoused anti-Semitism.

He told me about his good friend Abe Simon who played football for John Adams High School. Abe, by the time he was a junior in high school, was 6’4” and all muscle. One day, at a Jewish Social Club in Queens that Abe and my father belonged to, they were confronted by four teenage members of the German-American Bund, a pro-Nazi group with members throughout the United States. They were taunting members of the club, shouting threats and anti-Semitic slurs. Abe knocked two of the boys unconscious, each with a single blow. A third boy, a little tougher than the first two, received a right to the chin, a left to the stomach, and another right to his chin. He slumped to the ground. The fourth boy took off running, shouting that a Jewish thug was on the loose.

One day, while playing football during his senior year in high school, Abe was observed by a pair of boxing promoters who were sitting in the stands. Following the game, they caught up with Abe in the school’s locker room. They asked him if he would like to become a professional boxer. They told him he could earn a lot of money and be a symbol of strength for the Jewish community. Since he was the son of poor immigrants, he was intrigued by the opportunity to make a great deal of money. He talked it over with his parents, and his mother urged him to accept. Abe was put in the hands of one of boxing’s great trainers, Freddie Brown, and he learned all the tricks and techniques of the sport. He fought with a Star of David on his trunks and went on to have a successful career. He knocked out a superb heavyweight, named Jersey Joe Walcott, thus becoming a contender for the heavyweight crown. (Jersey Joe, by the way, did succeed later and became the heavyweight champion). But when Abe knocked him out and became a contender, the champ was one of the greatest heavyweight boxers of all time and  nearly unbeatable: Joe Louis. Abe fought Joe twice, losing by a technical knock-out each time. After his last fight with Joe Louis, Abe had a brief career as a movie actor. He appeared ii the movies On the Waterfront and Requiem for a Heavyweight, among various others. He was the last of the Jewish boxers.

I was deeply influenced by Abe’s story and agreed with my father that I should learn to box. After my father taught me the basics of boxing, he signed me up for ten boxing lessons at Stillman’s Gym, the most famous boxing gym in the United States from the 1920s to the late 1950s.

We arrived at Stillman’s gym, located at 919 Eighth Avenue in Manhattan, early one afternoon and went up a flight of stairs. There was Mr. Stillman sitting at a desk near the door. He had a big, ugly cigar stuffed into his face that smelled like rotten cabbage.  He had a snub-nosed .38 in a shoulder holster. Hair billowed out from the sides of his head.

“This is my boy. I want him to have those ten lessons that I called you about.”

“It’s all set,” said Mr. Stillman. He called over his manager, a man named Jack Curley.

My father handed over several bills, and Mr. Stillman called over a young middleweight, a good-looking Italian kid with dark, curly hair.

He led me through one of the filthiest gyms in existence. It smelled of sweat and lineament. There were the sibilant sounds of soft soled shoes skipping rope, the thwack thwack thwack of gloves hitting body bags, and quick pop pop pop of gloves gyrating against speed bags. Nick took me to a locker, where I changed out of my jeans and polo shirt. I put on a cup, a pair shorts, a Stillman’s Gym t-shirt and was then led to a heavy bag.  Nick had me stuff my fists into a pair of large boxing gloves then tightly tied them in place. He taught me to jab with my left, punch straight out with my right, and deliver an effective right cross. “Always keep that left jabbing like a jack hammer,” he said. “And when your opponent can’t take his eyes off that jab, smack him with a right cross. Jab again and then deliver a right upper cut. That should stop him.” In addition, I learned to duck, to feint, to swing a left to the body and a right to the jaw. I learned how to protect my head and to look for openings. I learned how to create openings.  Nick had me shadow boxing and skipping rope. He wouldn’t let me get into one of the rings. “You’re too young,” Nick said. “You’ll get killed.”

When I told this story to boxing writer, Peter Wood, an English teacher who had been a Golden Gloves boxer, he suggested I begin writing about boxing for a website, www.boxing.com.  After writing for the site for several months, I decided that I would investigate the role of Jewish boxers in the 1930s, when anti-Semitism was rife in the United States. I researched the life and career of Barney Ross, an Orthodox Jew, who had fought his way out of poverty, rescuing his siblings from foster car, after his father had been murdered by a pair of hold-up men.  I was fascinated. Ross had a trilogy of fights with a boxer named Jimmy McLarnin, who was known as a Jew Killer, for all the Jewish boxers he had defeated. Ross and McLarnin had a trilogy of bouts: Ross one the first, lost the second, and won the third. He became a hero to Jews across America.

In addition to Ross, I decided to write about Max Baer because he had fought and defeated Max Schmeling, Hitler’s favorite athlete. Baer so severely pummeled Schmeling that the referee had to stop the fight in the 10th round. More than 30,000 Jews, during the height of the Great Depression, paid to see that fight. Numerous Jewish movie producers were so excited by Baer’s defeat of Schmeling that they invited him to Hollywood to star in a movie, The Prizefighter and the Lady. Max, who was movie star handsome and built like Tarzan, proceeded to have affairs with some of era’s top leading ladies, such as Greta Garbo and Jean Harlow, among various others. The movie, by the way, was named one of the top ten of 1935.

My research into the lives and careers of Baer and Ross ignited my imagination, and I decided to write a book about how important Jewish boxers were as symbols of courage and defiance in age rife with anti-Semitism. I did a great deal of research, and once that was completed, I was able to write my book in eight months. It is the only book that deals with the subject of Jews as symbolic gladiators against the rising tide of anti-Semitism that was flooding Europe and infecting much of the populace of the United States during the 1930s.

Jeffrey Sussman, in addition to being the author of Max Baer and Barney Ross: Jewish Heroes of Boxing (published by Rowman and Littlefield), is the president of Jeffrey Sussman Inc (www.powerpublicity.com), a marketing and public relations agency.