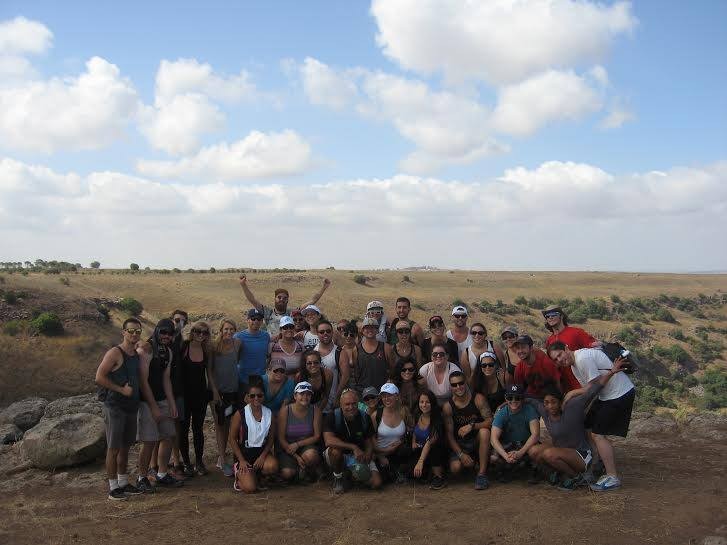 Today left me speechless. Our group traveled from Tiberius to Netanya, which is a coastal city closer to the rocket fire coming out of Gaza. Along the southern route we detoured north and stopped in the Golan, the mountain range that Israel captured from Syria in 1967's 6 Day War.

As we stood on a mountain less than a mile from the Syrian border, we were greeted with an incredible scene - rocket fire and explosions coming from a Syrian border town. Not directed at Israel; this was a battle emanating from within the town.

And that's when we realized: we were watching a battle of the Syrian civil war unfold in front of our very eyes. As white plumes of smoke and red flashes of fire erupted in the small Syrian town just a few miles from where we were, we watched from Israel. In safety.

And guess what we did next? We went to the Sea of Galilee, and went swimming. Because that's what you do when you're in Israel: you live your life, despite the hurricane of violence, extremism, and chaos that swirls around you. You understand that Israel is in the eye of a great hurricane, surrounded by Hezbollah in Lebanon, ISIS/Bashar Al-Assad in Syria, and Hamas in Gaza. And you just keep swimming.