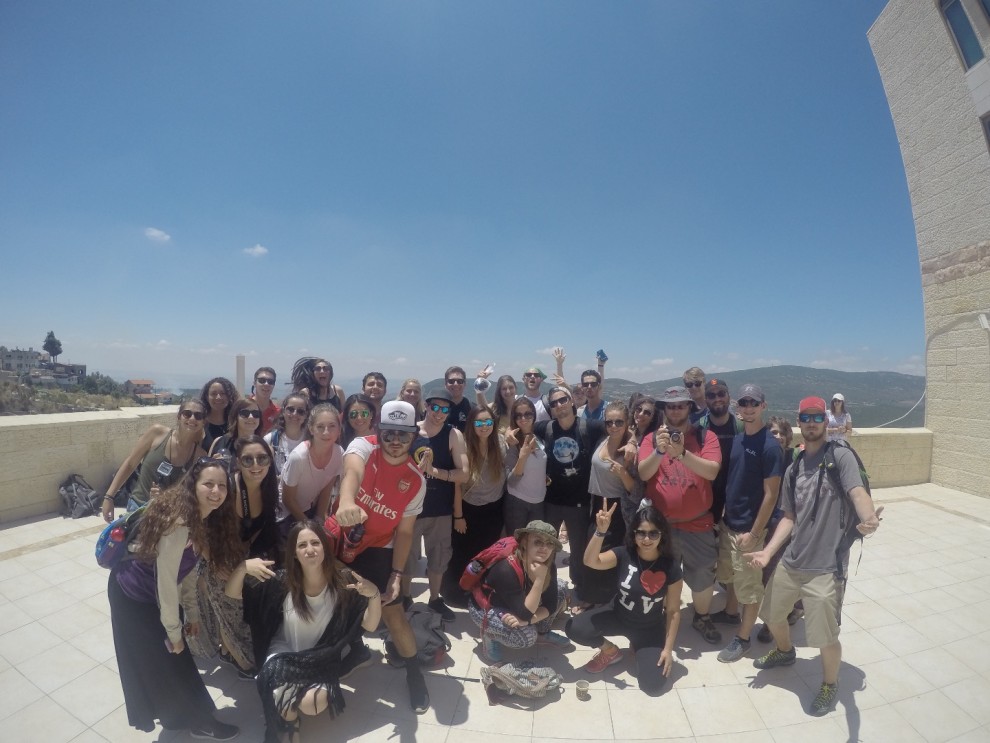 Today we woke up and took our bus to Tzfat. Once there, we walked around the city and went to our first Synagogue of the trip! We learned about Kabbalah which were the teachings of Jewish mysticism. We continued to walk around and we split up into two groups: men and women. The women were taken to a Mikvah and learned about the 613 Mitzvot. We also did a small meditation and it was very peaceful. 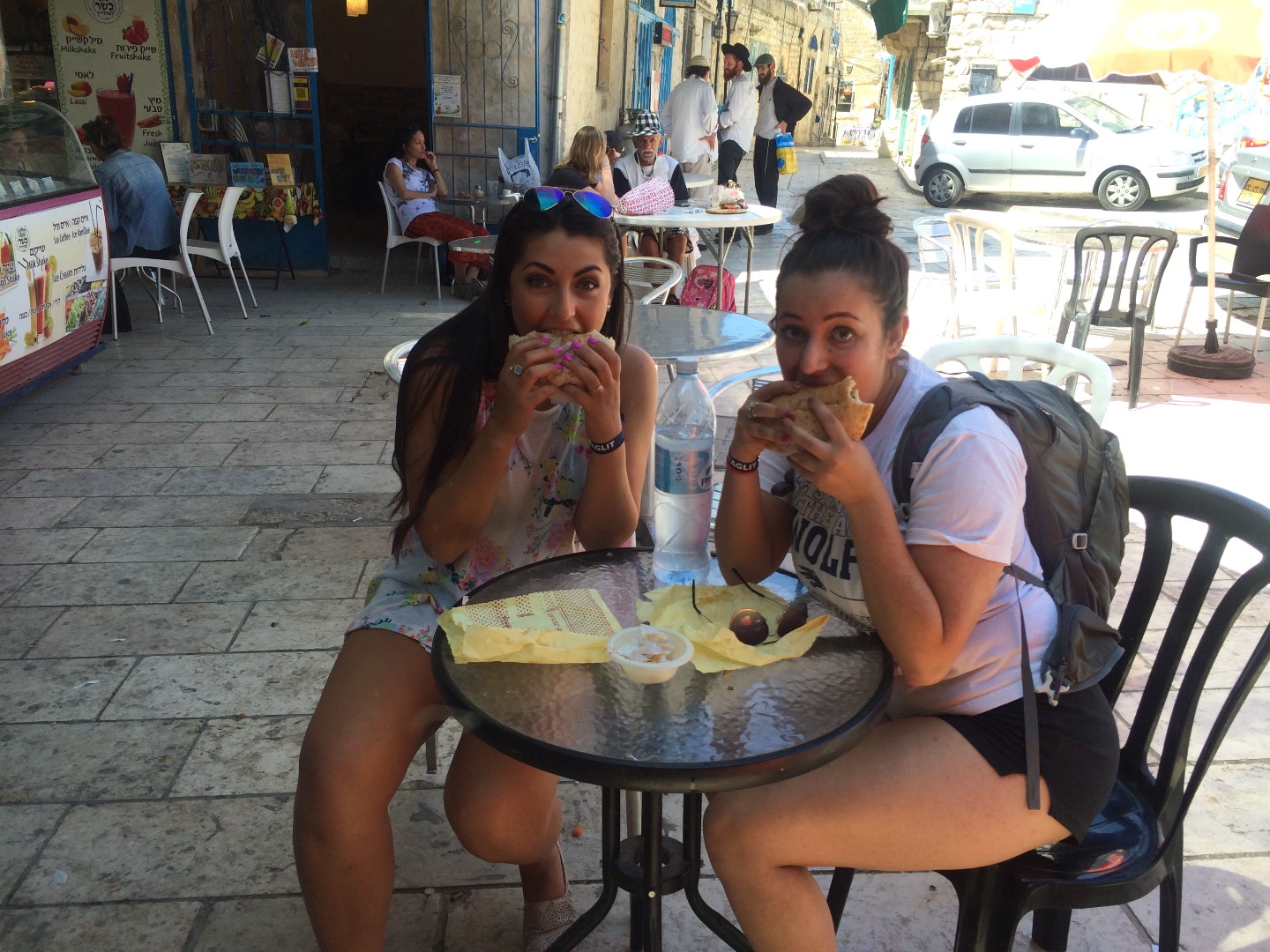 Like the women, the men were taken to a 500 year-old Mikvah for some male bonding We then met up as a group again and walked into town for some free time where we were able to shop for paintwork, jewelry and trinkets and got lunch. 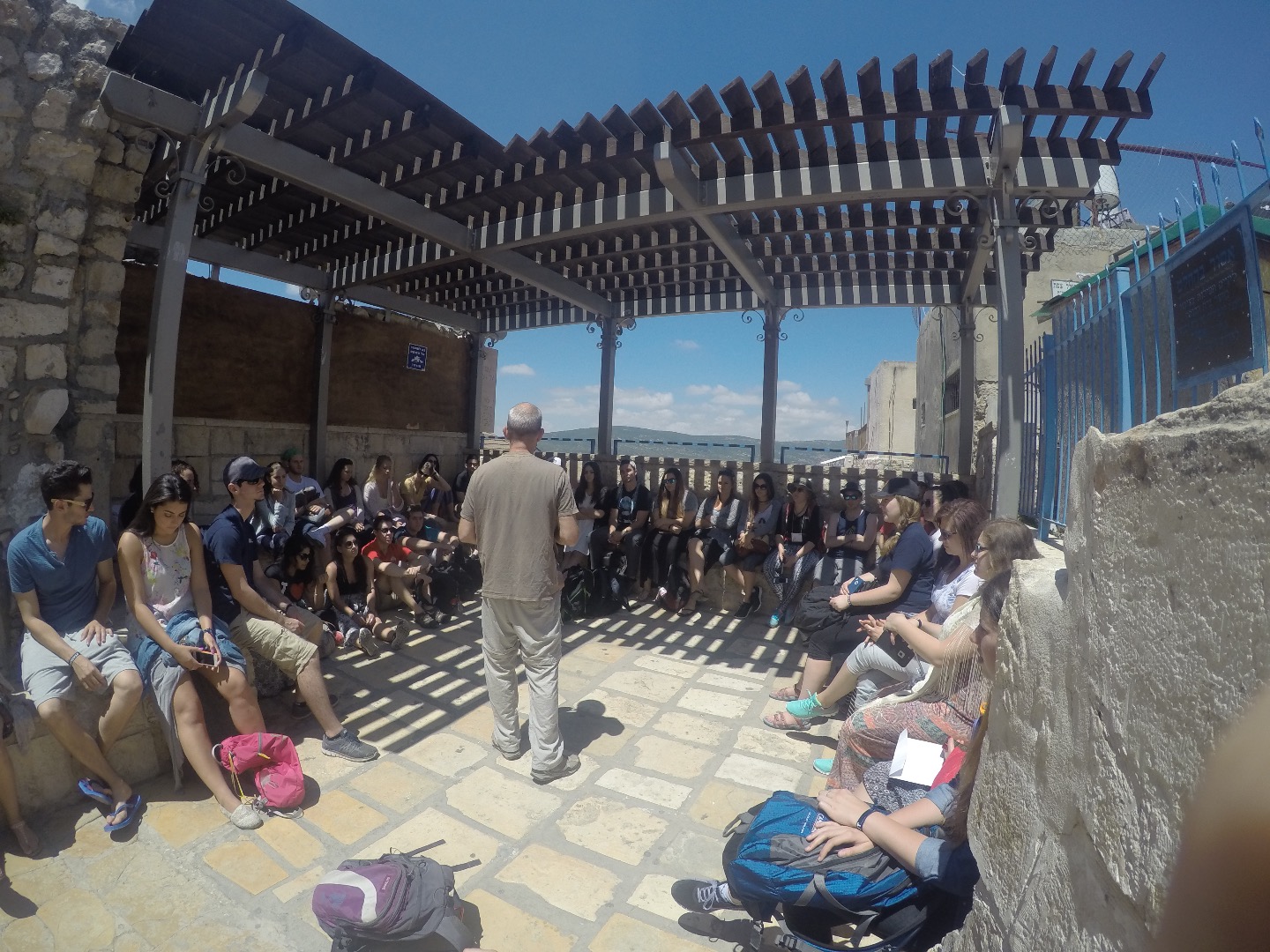 We walked back to our bus and headed to the 2nd tallest mountain in Israel which is 4,000 feet above sea level; Mount Meron. We took a small nature walk and saw some incredible views of the country and were even able to see the country Jordan from the top. We headed back to the hotel and lit candles for the start of Shabbat and ate dinner and ended with some free time where we were able to build relationships with our group as well as other Birthright groups at our hotel. 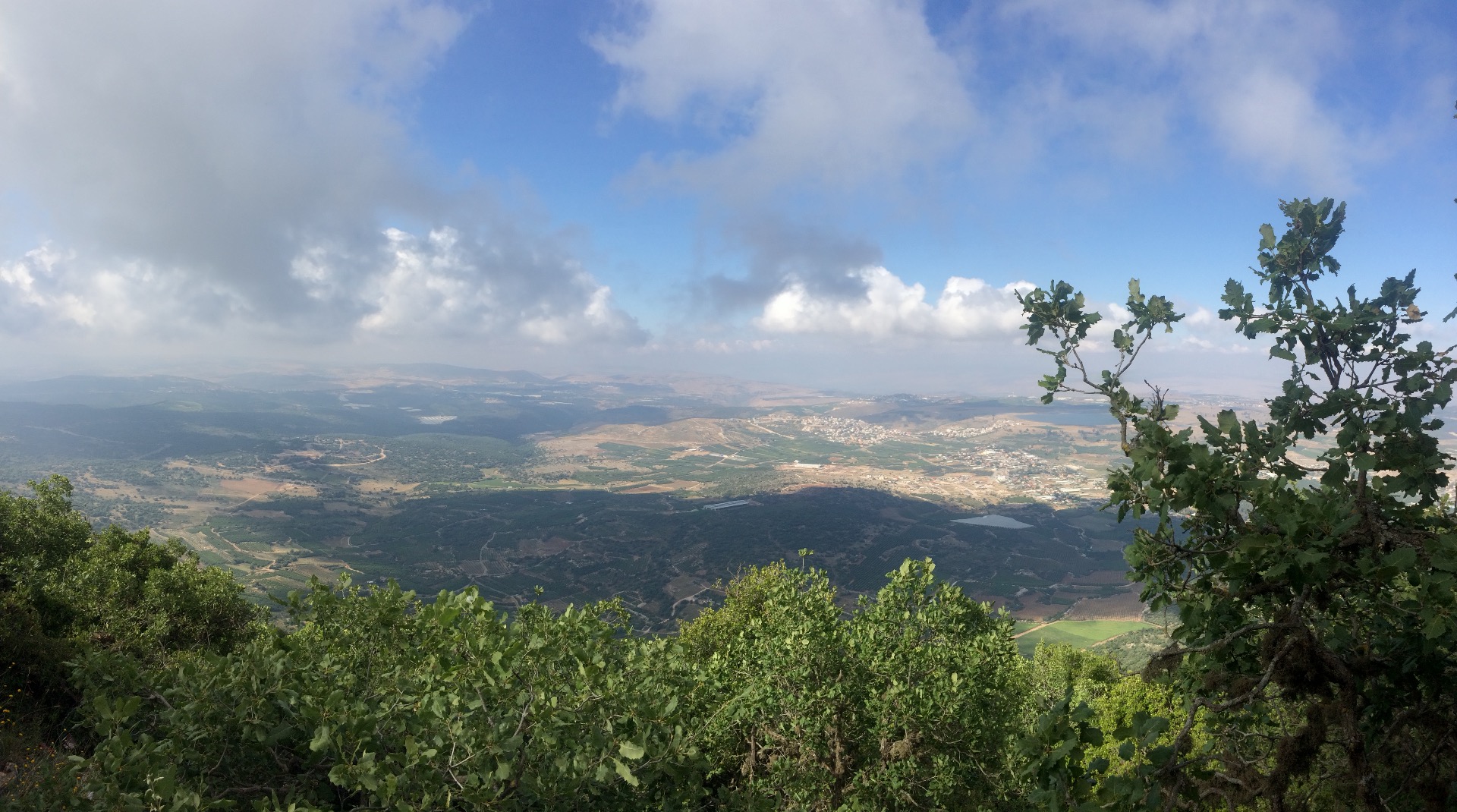 My favorite part of the day was seeing two of the 4 holy cities of Israel, Tzfat and Tiberius, and learning how each city relates to the 4 elements of life: Earth, Wind, Fire and Air. Tzfat relates to the element of Air and most of the Synagogues were painted blue to represent it. Tiberius represents water because the city sits on top of Lake Kineret.  It was a beautiful first day and I learned so many interesting facts that I hope to never forget. We are all looking forward to next week!