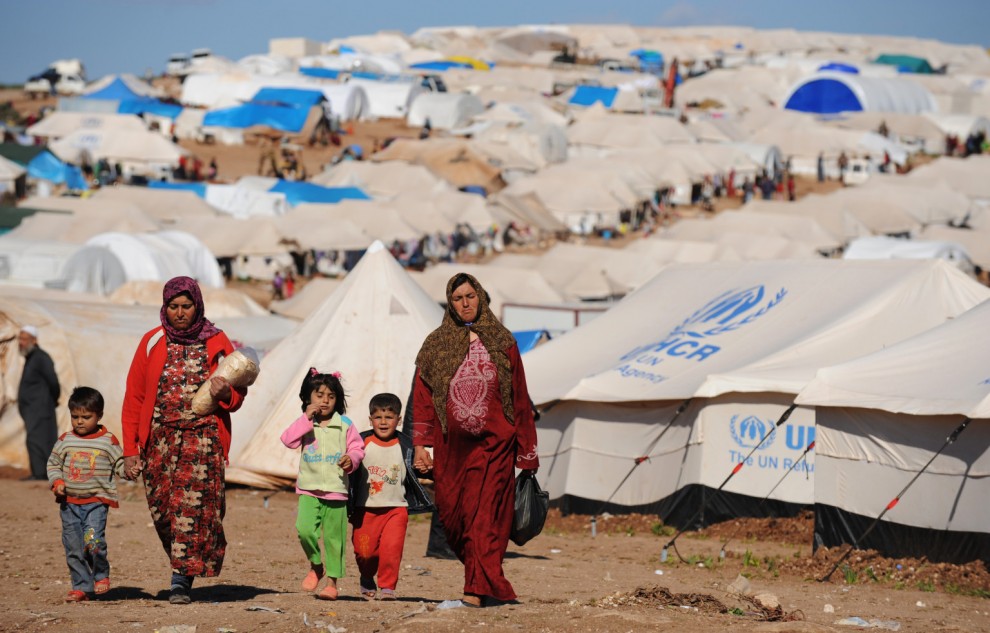 FEDERATION BRIEFING MEMO ON THE SYRIAN REFUGEE CRISIS SEPTEMBER 8, 2015 Every day in the headlines we learn of the worsening plight of refugees from Syria and instability throughout the Middle East and North Africa. Many of those displaced are arriving in Europe illegally in old and dangerous boats sailing across the Mediterranean Sea, representing the most severe refugee crisis to hit Europe since World War II. Clearly, no one country or organization can address the scope of this global problem alone. Through the Jewish Coalition for Disaster Relief (JCDR), Jewish organizations have been quietly funding relief efforts to support Syrian refugees for the past two years. Convened by JDC, JCDR provides a coordinated Jewish response to humanitarian crises around the world, most recently after earthquakes in Nepal.  JCDR is a consortium of nearly 50 Jewish organizations that maximizes the use of pooled financial resources, coordinates the activities of its member agencies, educates members’ constituencies and the general public about current disaster situations and subsequent Jewish responses, and demonstrates the long tradition of Jewish humanitarianism. To date, JCDR’s assistance to Syrian refugees has been delivered in Jordan, which has seen more than 625,000 officially registered refugees enter the country since the beginning of the fighting in Syria. Jewish and Israeli efforts to steady the situation in Jordan reflect both humanitarian and security concerns, since this large and growing number of migrants can potentially have a destabilizing effect on the country. Israel has evacuated and provided medical care to approximately 1,000 Syrian citizens since the outbreak of the conflict. This week, JCDR expanded the scope and mandate of its Jewish Coalition for Syrian Refugees in Jordan to include refugees and migrants in Europe and the Middle East. JFNA is a standing member of JCDR, which provides the Federation community with an opportunity to respond to the Syrian refugee crisis in Europe. This reflects our ongoing emergency response efforts and extensive network of global partnerships that provide assistance during different types of crises in Israel, in Jewish communities around the world such as in Ukraine and France, and in humanitarian emergencies such as this.  Federations also support HIAS through the National Federation/Agency Alliance, a coalition of 29 Federations and nine national agencies. On behalf of Syrian refugees, HIAS is advocating for the U.S. to commit to resettling 100,000 of the most vulnerable displaced people, and to increase the amount of humanitarian aid our country provides to the region. To make a contribution to the Jewish Coalition for Disaster Relief, click here or mail a check payable to the “Jewish Coalition for Syrian Refugees” to: JDC, P.O. Box 4124, New York, NY 10163.