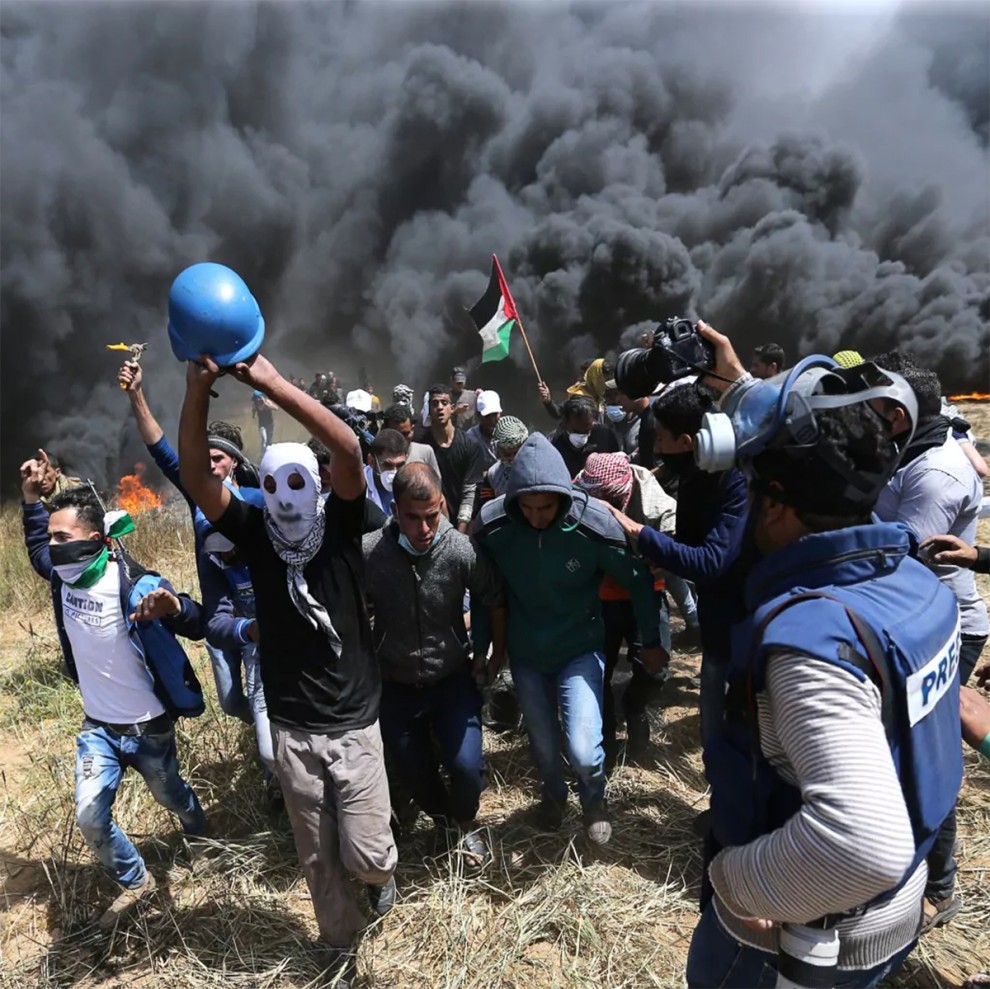 There is a saying that if you fool me once it’s your fault, but if you fool me twice, it’s my fault. Well, for many in the media and those who think they are in the media via social media platforms…this one is on you. The riots that Hamas induced in Gaza were the latest bait trap that easily ensnared you by exploiting the ruinous “Clickbait” media culture.
To be clear, the goal of Hamas this past week was not to breach the security fence with Israel. The goal was far more nefarious; to portray the Israelis as aggressors, murderers, and hell bent on killing innocent men, women, and children. To achieve this goal, Hamas turned to a new tactic, and used their coercion and thuggish culture of fear to push Gazans to the border fence with Israel, knowing that the Israel DEFENSE Forces would show en masse. Hamas also knew that the media would show up like mosquitoes around a swamp to feast on the sight of the Israeli military apparatus pointing its weapons at Gazans.
As if scripted, when the Hamas terrorists attempted to breach the fence, the Israelis used, as a last resort, deadly force to protect their sovereignty and citizens. Nearly instantaneously, media outlets began flashing the Gaza death toll across their headlines and screens. The righteously indignant, all of the sudden, social media, foreign policy experts started gorging themselves on the clickbait headlines. Like mosquitos spreading malaria, the lies about the Israeli actions along the Gaza border began to metastasize though all media platforms. This was the battle that Hamas wanted to wage, and they were more than willing to pay for victory with the lives of 60 people.
As is generally true in conflicts with Hamas or other terrorists, the Israeli side of this story was hardly touched upon. There were, of course, no mentions of the Israeli efforts - five weeks prior to the U.S. embassy opening - to warn the citizens of Gaza against approaching the fence. These warnings were broadcasted across every social media platform in Gaza, in Arabic. Leaflets, with the same warning, in Arabic, were dropped across the territory. Loudspeakers were placed near the fence with warnings, in Arabic, to not approach the fence. Every sort of non-lethal ordinance was employed to prevent loss of life for those who did not heed the warnings. The Israelis used U.N. sanctioned deadly munitions when, and only when, terrorists were seen breaching the fence or attempting to launch ordinance across the fence. But again, these facts do not fit into the “Israel is the aggressor” narrative, so they are not distributed.
Now that the dust has settled a bit on the events of this past week, we have learned a few things. The first is that Hamas admitted that 50 of the 60 people killed were, in fact, members of the Hamas military wing. Second, we learned that the Hamas leadership was excoriated by the Egyptian government for causing the riot and was told that the blood of the dead was on their hands, not the Israelis. Lastly, and for the first time in my memory, we saw some of the media outlets backtrack from their knee-jerk impulse to blame the Israelis.
Regardless of all of the evidence and media back-tracking, there are still protests happening in cities around North America, calling for justice for the Gaza protesters. My hope is that there are less people at these protests than in the past as that would mean that Hamas is fooling less and less people with their lies. While I am hopeful, I know that Israel - The Jewish State - will more often than not, be on the losing end of the media battle. That is why we - the pro-Israel community - must continue to spread the truth about Israel’s right to self-defense and its lawful and humanitarian actions on behalf of its sovereignty and citizens.