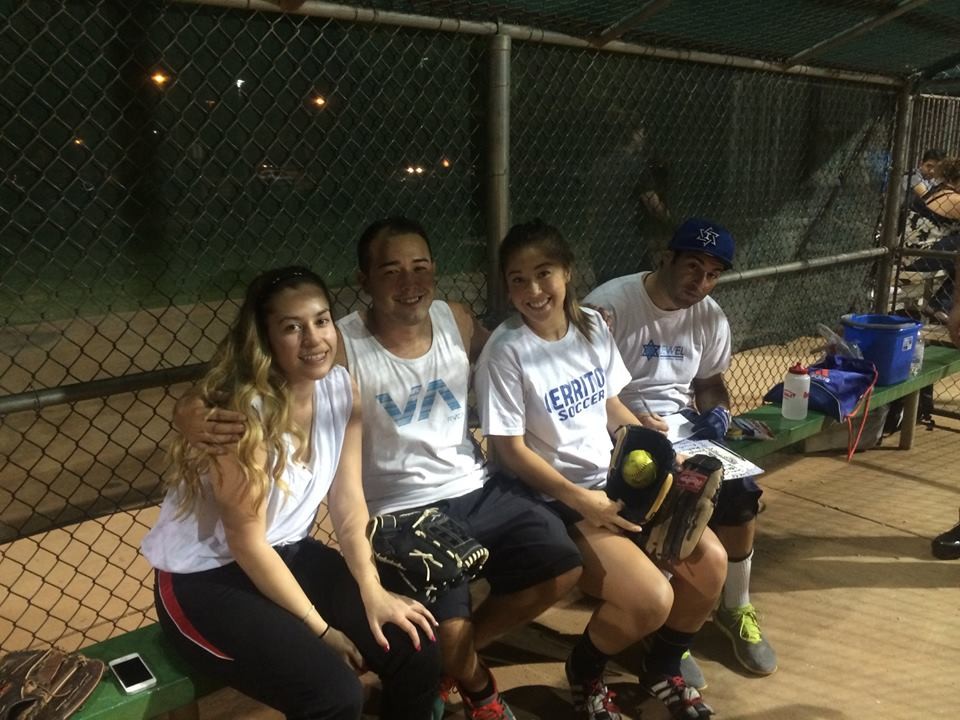 As Major League Baseball prepare for another Fall Classic with the playoffs starting last week, there was a heightened sense of excitement amongst the JewEL Ducks upon arriving at the field  Monday night.

With only 3 returning Ducks from last season, the first few games were everything but a swim in the pond!
As with any last place franchise going through a rebuilding phase, the Ducks had faced plenty of adversity early in the season going winless in the first 6 games while being outscored by demoralizing margins.
Maybe it was the MLB playoffs starting this past week, maybe it was good fortune from Yom Kippur or maybe it was the Ghost of Babe Ruth, regardless of what it was, each and every Duck had their game faces on when they arrived to the field this week and nobody in Vegas would have bet on what had unfolded…
After battling back to score 5 runs in the last inning of the first game, the Ducks sent the game flying into extra innings only to get completely obliterated trying to secure our first win of the season.
But rather than giving up and throwing in the towel, the Ducks drew on all the positives from the devastating come from behind loss and rallied together as a team.
Our bats were electric, our gloves were golden and the team spirit was so thunderous you could hear the QUACK QUACK QUACKING in Lake Las Vegas.
Heading in to the last inning, the Ducks were up 5 runs and ready to pop the champagne….
As the Ducks took the field ready to close out the W,  the other team’s 1st batter got on base, followed by the next, and the next, and the next ,and before we knew it the score was tied 5-5.
After battling so hard through the first game only to be humiliated in extra innings, the Ducks were devestated walking back to the dugout tied 5-5.
Simply put, the smiles were gone, the frustration was contagious and the quacking had stopped as the elusive W had just slid through our fingertips.
And then it happened… The Duck’s first batter Stacey Kins Alomar stepped up to the plate and spanked the 1st pitch she saw well over the left fielders head and the ball rolled all the way to the fence.
As Stacey rounded 1st base and headed to 2nd base, half of the Ducks were standing… by the time Stacey rounded 2nd and was heading to 3rd base the entire team was on their feet… and as she rounded 3rd base in full stride the QUACKING blasted through the Vegas night sky like a roaring hurricane fueling Stacey home.  DUCKS WIN !!!! DUCKS WIN !!!! DUCKS WIN !!!!
As Stacey stepped on home plate securing the victory, the Ducks flocked to the field as if we had just one the world series.
Talk about a storybook ending… a walk off inside the park home run it was Quacking Epic!
The Ducks play again at 8:15pm Monday October 13 at Desert Bloom Park and you are all welcome to come to the ball park, have a beer and cheer on your Ducks  QUACK QUACK QUACK!!!!!!