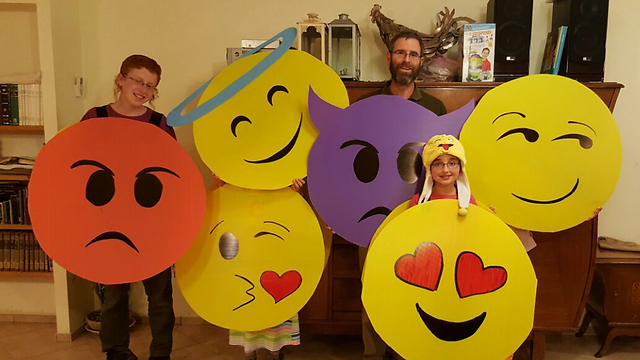 This past week we, again, celebrated the continued survival of the Jewish people on Purim.  It’s yet another, “ They tried to kill us, we won, let’s eat” Jewish holidays.  Purim is a treasure of a holiday because of the many lessons that we can glean from the story and the themes, traditions and customs of the holiday.  For several reasons, Purim couldn’t have come at a better time.  Given the events in Jaffa, Brussels, The Ivory Coast, and elsewhere, we needed an opportunity to blur the lines of good and evil, not to ignore the evil, but to remember that there is good in the world. It is because of the joyous nature of Purim, that I found this week’s post to be one of the hardest to write.

Purim holds several great traditions, of the most celebrated of these is ad lo yada, which translates to “That he does not know.”  Basically, it means that a person should be so delighted (with drink) on Purim that he/she does not know he difference between Haman and Mordechai - the difference between Evil and Good.  The drinking is also related to the fact that the victory over Haman began at a banquet of wine to which Esther invited Ahasuerus and Haman.

Living in 2016, it is becoming increasingly difficult to see the difference between Evil and Good, not because there is an absence of good, but that the evil seems to always be front and center in our line of sight.  The 24 hour news networks rehash, review, and analyze every act of terror, every further decent into discord in our political universe, and every aspect of a terrorists background.  Conversely, they spend only a few minutes, if not seconds, on the victims, the acts of heroism, and the basic good that exists in our world.  I guess evil sells more ad time than the good.

So we must take it upon ourselves to recognize the good, despite feeling as though we are surrounded by evil.  This is not to say that we should take our eye off the evil in the world as we must be vigilant, but there are great stories and events in our community and our world.  This past week saw Jews in our community and around the world come together to celebrate Purim, that is good.  Some were celebrating for the first time, some were (like the 19 Yemenite Jews airlifted to Israel) celebrating in complete freedom, and others were celebrating despite having evil done upon them personally.

We must also remember that there are those of us who can’t help but constantly be aware of the evil.  It doesn't matter how much impairment they have, the reminders are still there.  Natan Meir and his children are celebrating their first Purim without their wife and mother, Dafna Meir z"l.  Dafna was murdered in January, in front of her children, in the doorway of her family home.  I doubt that there is enough libation on earth for Natan to not know the difference between good and evil.  His wife was good, the murderer who arrived at his home and took the life of his wife is most certainly evil.  But that does not have to be the end of the story.

Like other Jewish parents, Natan helped his children create costumes for the holiday.   The picture at the top of this post is of Natan and his children.  They chose the emoji costumes because they express the sadness that is always present, but also celebrates the joy of the holiday.  The family also created two emojis for Dafna.  One is a smiling emoji and the other with a halo, because Dafna is “In a world where there is only good.”

If Natan and his children can still remember the good and joy in the world, during a time of infinite sadness, we must as well.  We do not live in a world where there only good, there is certainly an abundance of evil.  It is our job as a Jewish Federation and Jewish community to do as much good as possible and ensure that it is the line of sight of the Jewish and non-Jewish community in the hopes that it encourages others to do more good as well.  WE must recognize the good, celebrate the good, and work every day to minimize the amount of evil in our world — at The Jewish Federation of Las Vegas, this is our focus.