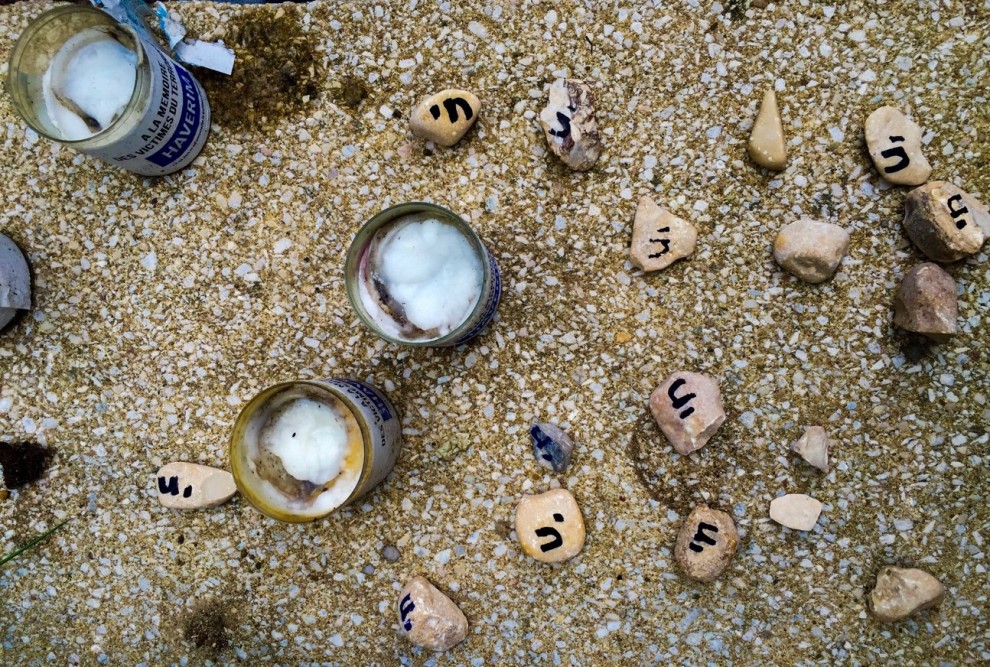 In Judaism there are times when the most seemingly mundane objects carry a great significance (i.e. items on the Seder plate), so is the case with the simple stone.  A closer look at stones shows their impact on both the historical and present day life of the Jewish people.  The Ten Commandments that Moses received at Sinai were inscribed on two stone tablets.  Abraham bound Isaac and laid him upon an altar - a pile of stones.  The holiest site in Judaism - the Kotel (Western Wall) - is in essence a pile of rocks stacked in an orderly fashion.  Today, Jewish buildings throughout the diaspora may be built with conventional materials, but a large percentage are then covered in a façade of Jerusalem stone as an outward expression of the connection to the Jewish people and/or Israel.  At every turn, the modest stone has been and continues to be a part of the story of the Jewish people.

Of the more personal and impactful ways that stones enter our Jewish lives is when we visit the grave of a loved one when it is customary to leave a stone on the headstone of the deceased.  There are a number of interpretations as to the origins and meaning of this custom, but many lead to a similar conclusion - the stone is the physical embodiment of permanence.  Stones, unlike flowers, do not wilt, they do not die, and they are not affected by changes in climate.  We place stones to proclaim that the memory of the deceased will not fade, will not wilt, and will not expire.  This is the beautiful tribute that is conveyed by one of the humblest of all objects - the stone.

Last week I participated in the Jewish Federations of North America Campaign Chairs and Directors Mission to France and Israel.   During the mission, I had the opportunity to lay two stones in memory of Jews killed by Islamic terrorists.  The first stone I placed was in Paris at the Hyper Cacher market where on January 9, 2015 a French Islamic gunman took several people hostages in the kosher grocery store after shooting a police officer in the Parisian suburb of Montrouge.  Four members of the Paris Jewish community, Philippe Braham, Yohan Cohen, Yoav Hattab and François-Michel Saada, were killed in the attack.  A memorial garden with four olive trees has since been constructed across the street from the market.  Each member of our group was given a stone, brought from Jerusalem, inscribed with the word Chai (Life) to place at the memorial.

The second stone that I placed was at the Sarona Market.  For those who have not visited Sarona, it is a tranquil oasis in the middle of Tel Aviv that sits in the shadow of the Kiriyah.  It is one of those places where families come to celebrate, young couples meet for first dates, and parents allow their children to frolic in the large playground or the sprawling tracts of grass.  On June 8, 2016, four people (Ido Ben-Ari, Ilana Naveh, Michael Feige, and Mila Mishaev) were killed and six others were wounded in a shooting attack after two Palestinian terrorists opened fire on passersby.   Our delegation laid a wreath against an unassuming post on the lawn in front of the market.  I found a stone in the grass and placed it on the post.