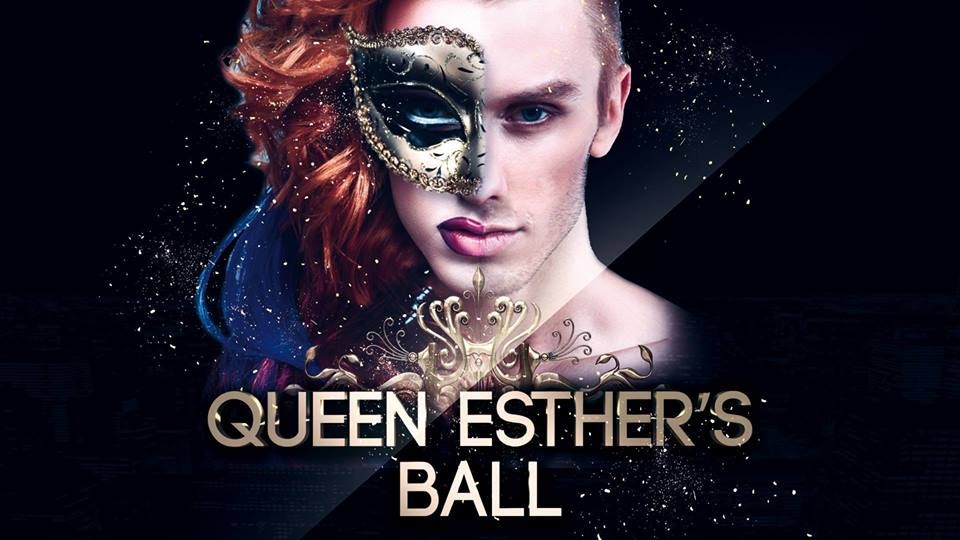 Queen Esther’s Ball: A Fundraiser for the LGBTQ Center in Las Vegas, NV by the Jewish Communities It’s time to have a ball! Queen Esther’s Ball to be more precise: Saturday night, March 3, 8:30-midnight at The Center. This inaugural event celebrates the diversity and cultures of the LGBTQ and Jewish communities of Las Vegas intertwining.

Come as you aren’t and dress to impress: $1,000 Grand Prize and other secondary prizes up to an additional $1,000 will be given for Best Costumes! All genders and presentations are welcome. This is an exclusively “inclusive” event for ALL!

Andre Wade, Executive Director of The Center comments: “The Center is ecstatic to be a part of Queen Esther’s Ball, which is a perfect union of history, culture, and fun and gives us a chance to put on costumes while expressing ourselves all in support of building community.” He goes on to explain that “the Center is grateful to be the beneficiary of the kindness of the Jewish community, which is donating proceeds of ticket sales of Queen Esther’s Ball to LGBTQ Center.”

“This event celebrates the diversity of the Jewish community and gives an example of how we work with other community organizations to create awareness and opportunities to share ideas,” adds Jeff Metz, Executive Director of the Jewish Community Center of Southern Nevada. “And," notes Rabbi Yocheved Mintz, Rabbi Emerita of Congregation P'nai Tikvah, "we note that in the story of Purim, Queen Esther is the heroine, but she has to hide the fact that she is Jewish. No one should have to be in the closet as who they truly are.”

Co-Chair of the event, Jon Sparer shares that “it is a fun costume party and you don’t have to be gay or Jewish, it is a party. It is a fundraiser for the Center and a coming-together of the Jewish and gay community to celebrate Jewish holiday of Purim, which is traditionally a costume dress up party for little kids and we are taking it to adults. Come crazy, come dressed up however you are, just come ready to party!”

The Queen Esther’s Ball is “a great opportunity for unaffiliated Jewish and non-Jewish people in Las Vegas to enjoy this (holiday),” comments Neil Popish, Events and Marketing Director for Congregation Ner Tamid. Popish has previously coordinated Pride Shabbats as well and wants everyone to know that the Jewish community is an accepting community as a whole in Las Vegas.

Every ticket comes with 2 FREE drink tickets and a chance to win the grand prize! A full cash bar is provided by The Garage Bar. The incomparable Brian Chen will serve as the Master of Ceremonies and music will be spun by DJ Mark Beckwith (MB Productions). Celebrity judges for the costume contest include "Edie" (from the Cirque show "Zumanity"), Michael Shulman, and Shawn McCallister. VIP, Sponsorships and a limited number of tickets are still available.

With the epic response of this event, huge CASH prizes, and additional surprises, it is highly recommended to purchase tickets in advance because once they reach 150 maximum attendees the sales will close.

Let’s all have a kiki and run, don’t walk to get your tickets before they are all gone. Discounts available until March 2nd at 12 pm PST.  Go to www.jccsn.org/queen-esthers-ball