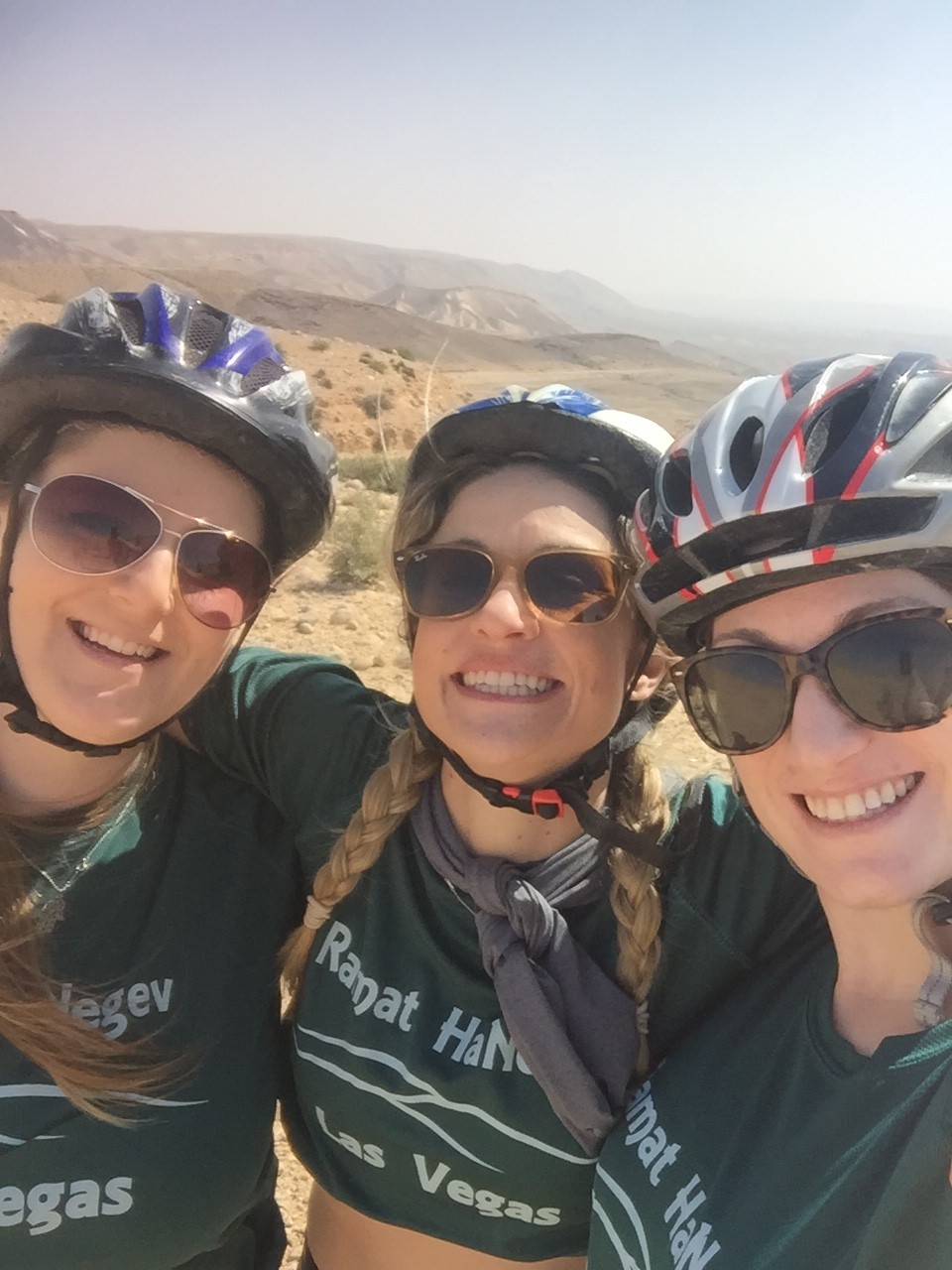 Day 2 in Ramat HaNegev began with an amazing local breakfast at the bed and breakfast we were staying at, with homemade jams and cheeses. The delegation then went on a bike ride through Sdet Boker and to see Roman ruins from the Byzantine period. The ruins were of a Roman army post overlooking the fabled spice road from east Asia and India. The construction of the building took all of us aback. Specifically, the fact that the structure had two large windows and lookout posts. To think it was built thousands of years ago was hard to fathom. We then continued our bike ride to the Sdet Boker, where David Ben Guriuon lived out his days after retiring from being the first prime minister of Israel. We were able to see and learn much about David Ben-Gurion and why he believed the future success of Israel would be had through Ramat HaNegev. Ben-Gurion specifically believed the people of the Negev were the crucial piece in any future economic, scientific and societal success Israel would experience due to their role in agriculture, industry and Jewish values. We then rode our bikes back, which left a few of us with very sore tushys!!! Following are time in Sdet Boker, where we had the opportunity to see Ben-Gurion's modest home, we met with the curator of the Ben-Gurion archives. We learned while there that the young American who tragically lost his life the day before in Tel Aviv was supposed to have been visiting the curator at the same time. A Very chilling feeling went through the group when this was revealed. But we were able to see letters concerning very important times in Ben-Gurion's life and Israel's history, including the war of independence. Seeing letters sent by and to Ben-Gurion regarding the creation of Israel was more than moving. We were also treated to Ben-Gurion's diary from 1948, which went right up to the day Israel was made a country and declared its independence. Incredibly cool and not something I ever thought I would get to see. The insights into Ben-Gurion's thoughts and the things happening at the time were definitely once in a lifetime opportunities. Our day ended by going to see some incredibly talented young people playing music. All of the kids were from Ramat HaNegev. The first band of 16-year-old guys played some amazing jazz music. Next a co-Ed rock group played music, including some special pop songs from America. The women of the delegation got up and danced while the band was playing! The establishment, which was on the farm of one of the Kinbbutzim in Ramat HaNegev, made us some amazing food and we were able to have some Israeli beer and wine to go with dinner. After an amazing and long day, went back to our rooms to get some rest in anticipation of another day with the same amount of amazing activities to participate in!