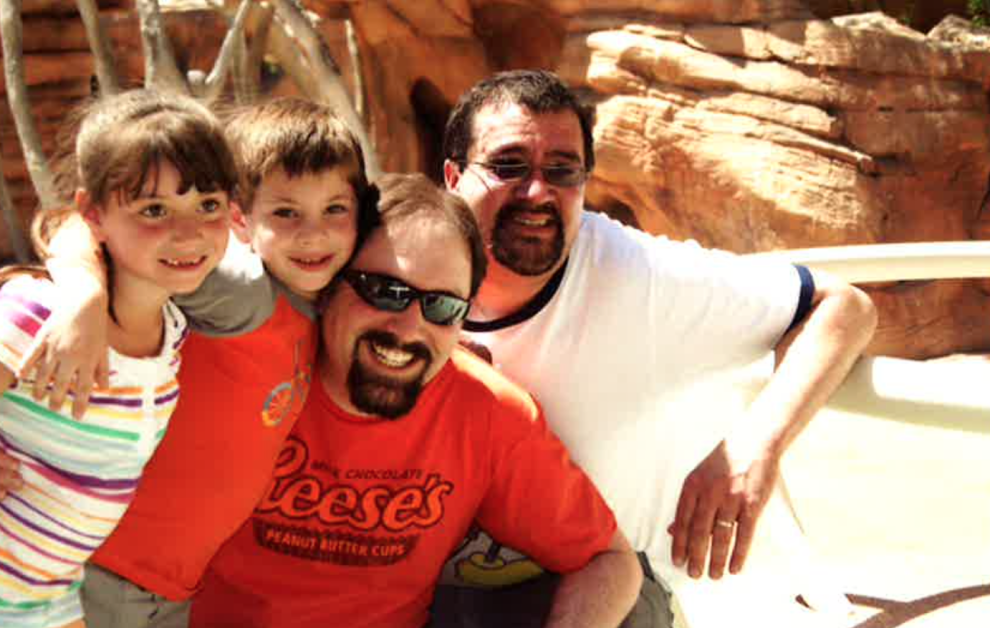 In June, Adam and I celebrated our third anniversary of the adoption of two very special children of the Las Vegas Jewish community, Justice and Justin Reisman.  This letter is to thank you from the bottom of our hearts for the ferocious, committed and tireless work of you and your organization on their behalf, for all the ways you’ve made their lives better, and to show you some pictures of who they are, and how far they’ve come, thanks directly to you.  If it truly takes a village to raise a child – or in this case two – we can’t imagine a stronger or more dedicated village than the one you’ve helped create.  Your nurturing and support of these two young wards of the Las Vegas Jewish community has been nothing short of astounding.  I hope you understand you have done the kind of work that has literally, honestly, changed two children’s lives.  Without question.  Without exaggeration.  You have changed their lives. 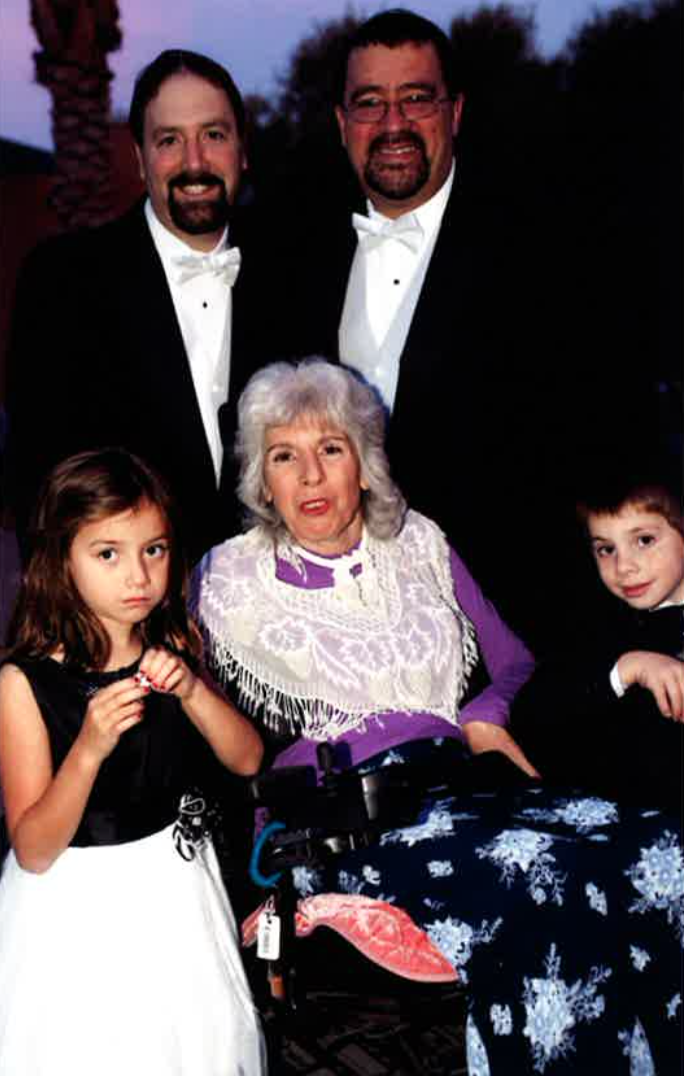 As many of you already know, Justice and Justin’s lives could have turned out much, much differently.  When J & J entered the Clark County Foster Care system, they were taken from a drug house and they didn’t own shoes.  Born to a Jewish birth mom, but quickly abandoned and lost in the limbo of foster care for nearly three years in a Mormon foster home, the children could have been lost to all of us, but re-found their Jewish roots only after the persistent work of their grandmother, Cindy Schwartz, herself an Orthodox Jew, who never stopped insisting they be placed in a Jewish forever family.  We are beyond honored to be chosen to be their dads… and three years later, are still profoundly awed at how lucky we were to be given this lifetime opportunity.

J & J were both born meth babies.  Justice’s blood tested positive for meth and cocaine at birth.  Justin was born in rehab.  Both suffered developmental, behavioral and physical delays requiring a barrage of doctors and therapists we can barely count.  Both children have been through emotional, occupational and physical therapy in their first years with us.  In our first year alone, we drove over 800 miles to doctors’ and specialists appointments.  Yet three years later, they are strong, stable, amazingly smart and compassionate children, with strength, coordination and grace beyond their years, and certainly beyond the road life had mapped out for them. 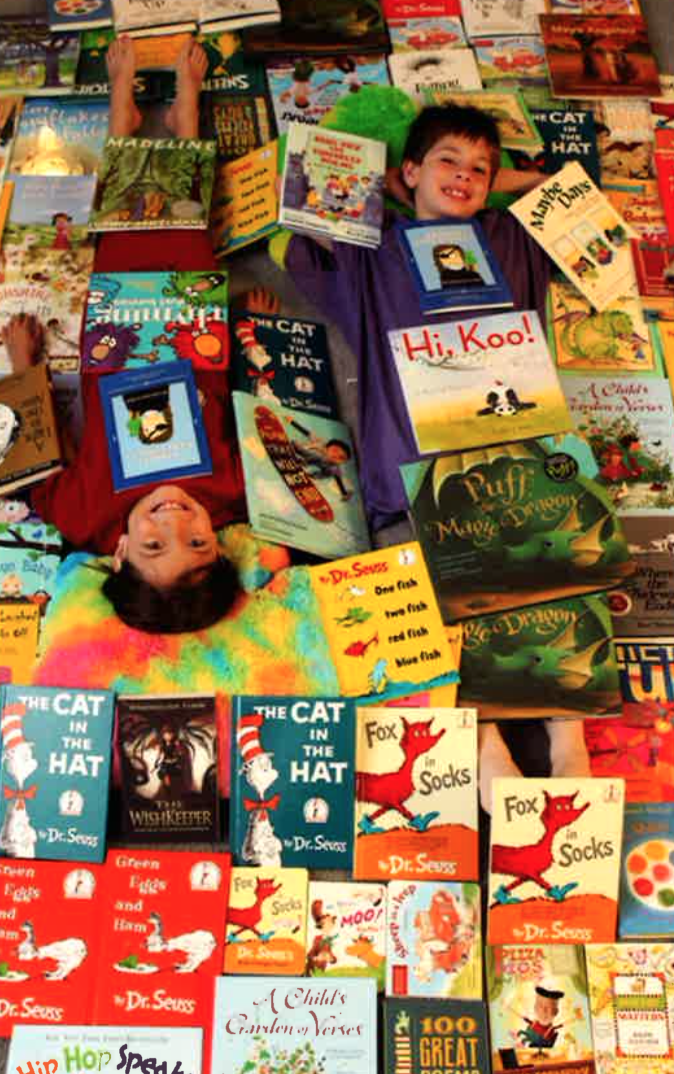 You are directly responsible for this unimaginable gift and miraculous turnaround.  Justice and Justin have been given so much support, and so many helping hands in the Las Vegas Jewish community, it’s impossible for us to count our blessings or measure repay our gratitude.

The children are students at the Adelson Educational Campus, now starting their fourth year at a school that has become their rock, their identity and their home base for education and Judaism.  Justin starts third grade this year, and Justice starts fourth.  We can’t imagine a more remarkable place for them to learn, and we’re so grateful.  We are a one-income family, and not a huge one at that, so the consistent scholarship assistance we’ve been given by the Adelson School itself, and the tremendous supplementary scholarship assistance we’ve been given by the Jewish Federation of Las Vegas is the only way this has been made possible for so long.

We’re very realistic and at naïve.  We don’t take anything for granted, and we know these huge scholarship opportunities can’t last forever, but we’re so, so grateful for your huge part in funding these two kids at this miraculous school for as long as you’ve been able to in their earliest and most impressionable school years.  It has defined and shaped their early Jewish identity to a degree you can’t possibly imagine, and should the money run out, as it may well have to someday, the values they’ve learned at the Adelson School will carry them into public school and follow them firmly for the rest of their livers.  We can’t thank you enough for this early, remarkable, unmeasurable gift.  You gave them a home of consistency and continuity they’d never had before.  You were their first and still sweetest taste of stability.  Thank you for doing that for them.

We thank our rabbis, our cantors, their teachers, our temple.  Justice & Justin are active members of Temple Sinai, they attend Sunday School and Hebrew School on weekends and during the week.  They have been active participants in everything from Purim Spiels to temple retreats.  They have a sheer love for going to temple no matter what the event, and their love of Jewish learning and growing up in the warm home they’ve found with their temple family is amazing, considering when they came to live with us, they knew nothing but the Mormon faith.  They are proud Jews now.  Thank you so much, Temple Sinai, for bringing them home.

The JCC of Southern Nevada has also been astoundingly generous to J & J, providing camp scholarships for Camp K’Helah day camp these past three summers, and even their very first three-night sleep away camp with the JCC this year.  You are all so good and generous to us.  It is no exaggeration to say, sincerely, all of you; we could literally not do this without you.

Both kids are good students with solid grades, both enjoy gymnastics and karate.  Justin is 9 this year and wants to play Little Leagues and every other sport simultaneously, and at last check this morning, wants to be a forest ranger, although don’t quote him on that, because he was watching a show on Brown bears at the time, and it looked like a fun way to meet Brown bears.  Justice is 10 this year and likes shutting her bedroom door so her brother can’t get in, painting her two dad’s nails with nail polish and hoping we forget to take it off and accidentally wear it in public, and things with glitter that somehow get all over our brown carpet. 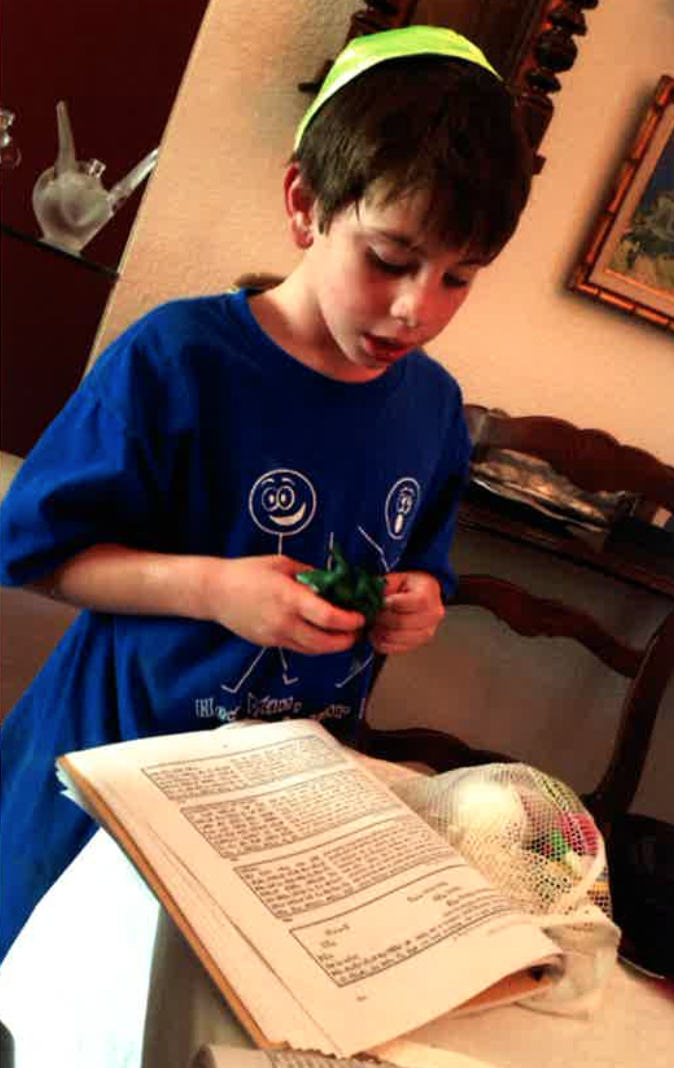 As part of the community as a whole, J & J raised over 150 books last year and donated them to Peggy’s Attic, a division of the Clark County Department of Family Services, to give to foster kids in Las Vegas.  They have appeared frequently in the Las Vegas Israelite and David Magazine in Jewish events and stories around town, and are lauded by teachers and community members as being good, kind-hearted and helpful Jewish children who go out of their way to help other kids and grown-ups.  They are both true mensch’s in every sense of the word.  (Sorry if Justin gets a little wild sometimes.  He’s a beautiful work in progress, just like our still fledgling family).  As much as all of you have been stewards in the lives of Justice & Justin, Adam and I hope we are teaching the two of them to be stewards in the lives of their world and their community as well… to not just be proud Jews, but to be proud human beings as well.

This short letter is just a note to express our continuing love and gratitude to all of you and to share with you some pictures and thoughts of how far we’ve come, and where we are now, thanks directly to you.  There have been times when raising two adopted kids, defined as “special needs” by the County (but quickly proven wrong!) has been beyond exhausting and beyond a challenge – but in those times, all of you on this CC line below – you or your group – stepped in to assist, to nurture, to support us emotionally and financially in ways you perhaps didn’t even see.  When you look at them now from where they started, the miracle is simply too great and too special to even begin to articulate.

Thank you for that miracle.  Thank you for being among the people who have given Justice and Justin such a miraculous start to their lives.  You are their Tikkun Olam.  You have repaired their world and continue to do so every single day.