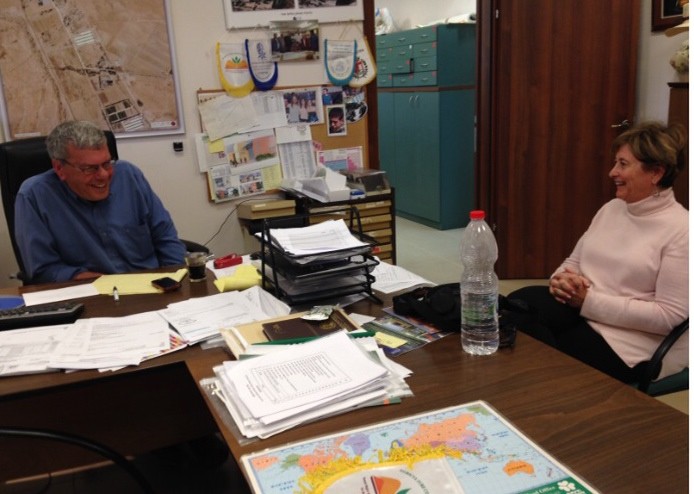 Miki, the consummate driver asked me if I was in a hurry to get to Jerusalem. I asked why? And he responded I want to show you a different way of going to Jerusalem.

I asked "is it safe" he responded of course and off we went to Route 38 and a ride a lifetime - There were wheat fields and cornfields as far as the eye can see - beautiful green rolling hills with water that's tunneled through from the sea to Jerusalem.  I was told that even with all these wheat fields in cornfields that there was not enough wheat in the state of Israel to support all of the population. So they have to have it imported from the United States even with all of this abundance it seemed.

Amazing green, green, green wheat, corn, flowers, grapes, wine, roman ruins and tunnels in the hills with menorahs and other Judaica painted within - on the walls of said tunnels so the world would know this is the land God gave us even if we had been banned. Narrow, curving roads, but rods leading to the most spiritual place on earth.

Farms and forests supported by Britain, France and Yemen because they believe that Jerusalem belongs to all.

City of Zecaria - interesting - homes on a hill are old.  Story goes that once the children leave home, they never come  back. So as an incentive for the young people to return after army and college, the government agreed to allow the young people to build new homes and so they did in fact return.

Ramat Bet Shemesh - ultra orthodox and on the other side of the road are the Arab Christians who grow grapes for eating and wine and exported all over the world.  They have lived together in peace for as far back as one can remember. It proves that this can happen.  Living together in peace.

Never came to Jerusalem the back way. But it was an awesome adventure - the flowers are beautiful.  I can't wait to come back next month and see them in full bloom.